2 Carlex Design Puts Some Luxury into the Corvette C6

When the 2015 Ford Mustang was launched last month, the Blue Oval said its interior was designed with symmetry, proportion and a new degree of premium in mind.
1 photo
While Ford’s idea of “new” for the 2015 Mustang’s interior doesn’t include a complete overhaul, the cabin is now much more attractive. It has leather, aluminum and vinyl inserts, as well as numerous state-of-the-art tech features.

But that’s just the final result. It’s what customers will be getting once the new pony arrives in dealerships by the end of the year. To Ford and its interior design team, the new cabin means much more than that. It means months, if not years, of hard work to obtain a real life interior from mere design sketches.

If you were anxious to find out more about the 2015 Mustang’s interior design process, then you’ll be happy to know that the folks over at Everyman Driver put together a comprehensive video in which a few Blue Oval staff and designers explain the entire procedure. 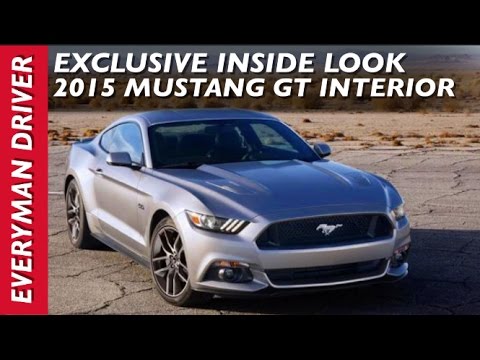