1 The Cookie Monster Teams Up with DTM Champ Marco Wittmann for... Donuts

Gabriel Nica
When BMW launched the second version of its hatchback 1 Series the world stopped for a moment. Rarely in the history of the automotive industry did so many people agree on the design of the car but the vast majority said right then and there that this BMW was ugly. The 2015 BMW 1 Series Facelift comes out to change exactly that.
1 photo 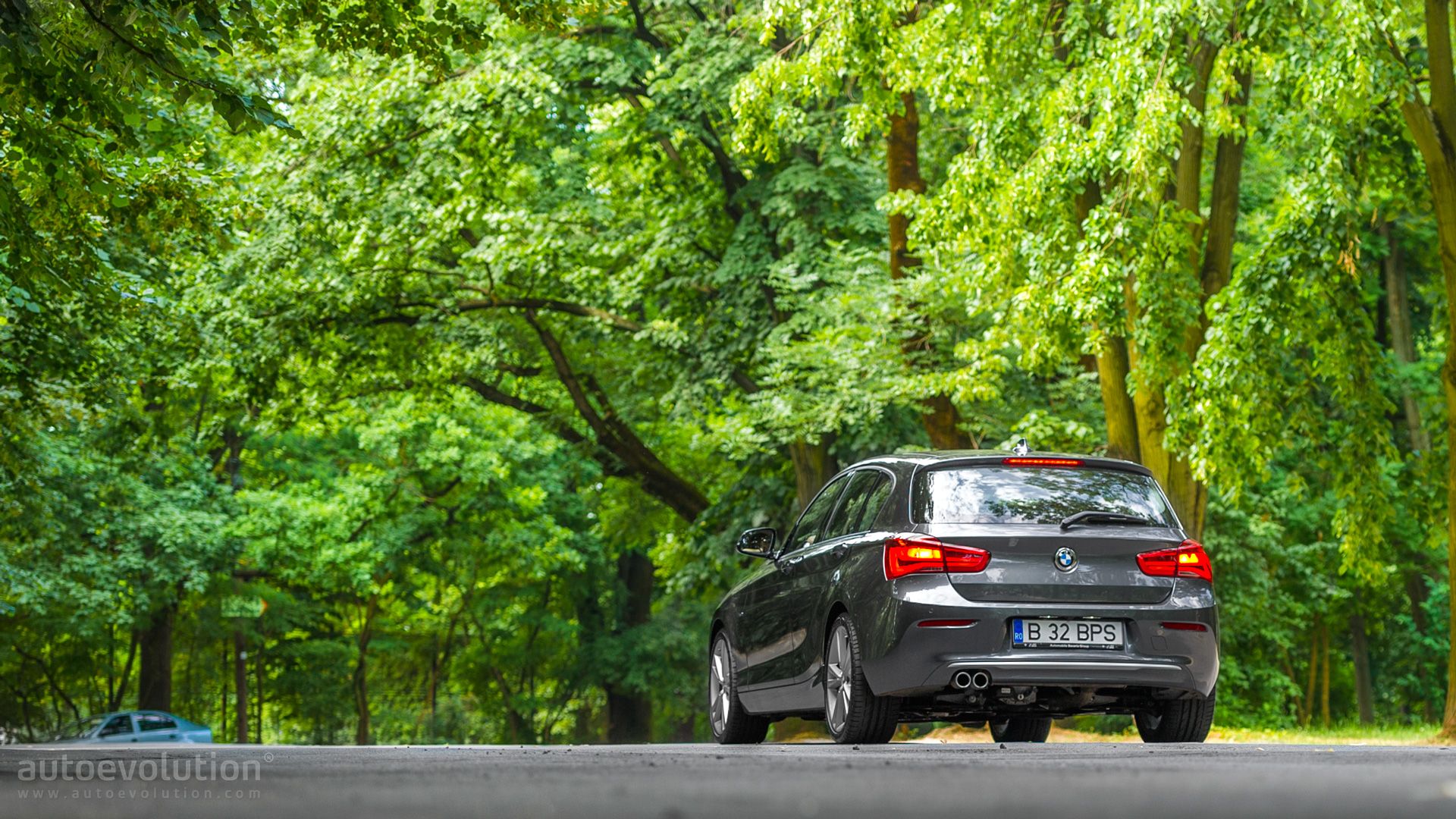 And boy, did the ugly duckling change! The front fascia now looks more like it should’ve from the beginning. The googly eyes are gone and now they have been replaced by new headlights that resemble the 2 Series more than BMW is willing to admit. 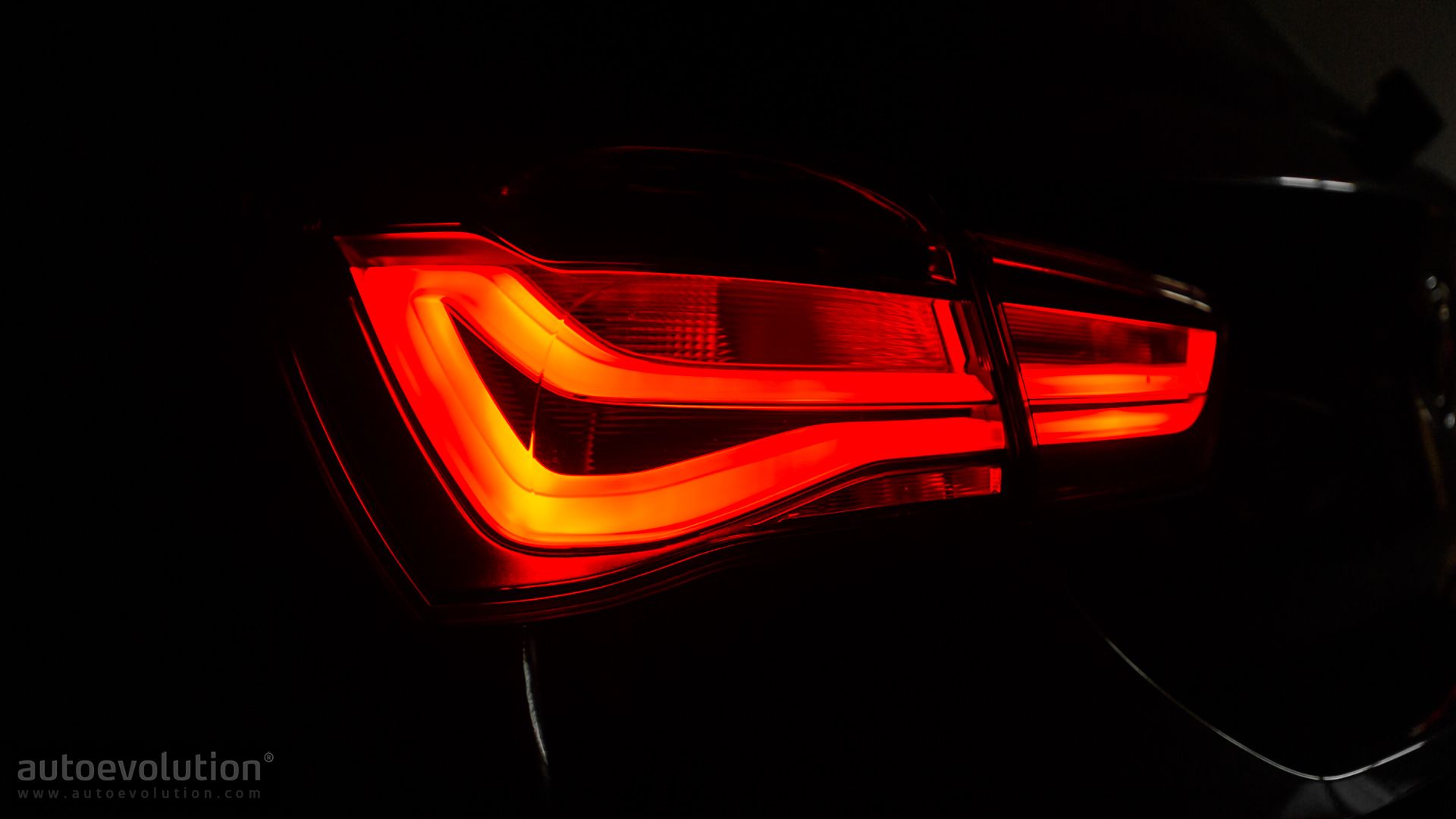 Round the back, the same applies, the old square taillights being replaced by new ones that feature a design closer to more recent Bimmers. That includes a strip illuminated by LEDs that creates a mesmerizing effect at night. 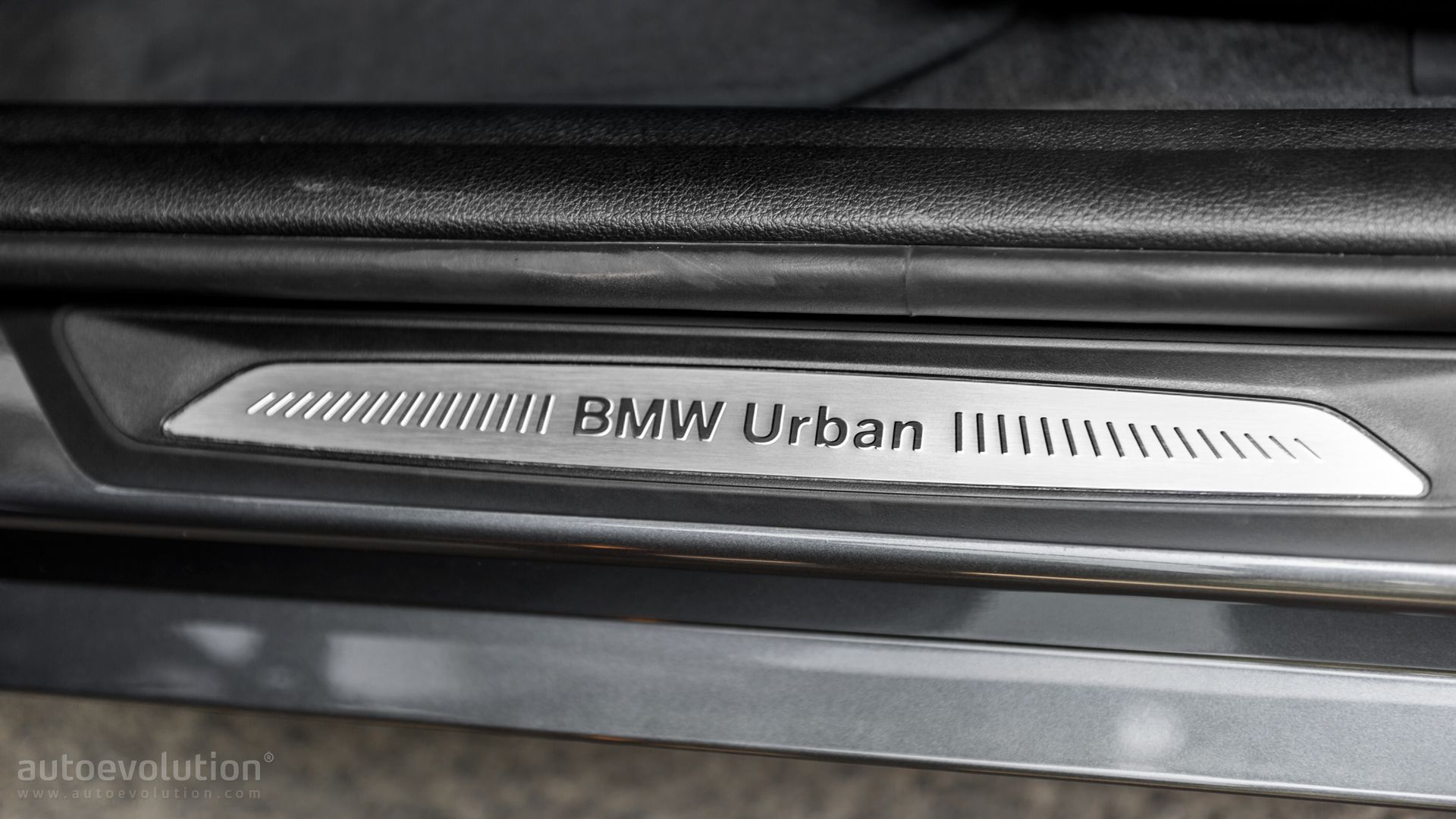 The car we had was fitted with the Urban Line package which brings 16” light alloy wheels to the mix along with interior trim finishers in black acrylic glass with highlight trim finishers in Oxide Silver matt, a choice of two textile upholstery versions (or leather as our car had for some extra pennies), USB connectivity, driving assistant with braking function, PDC, velour mats, sport steering wheel in leather and lights package. That last one turns your interior blue at night when you unlock the car. 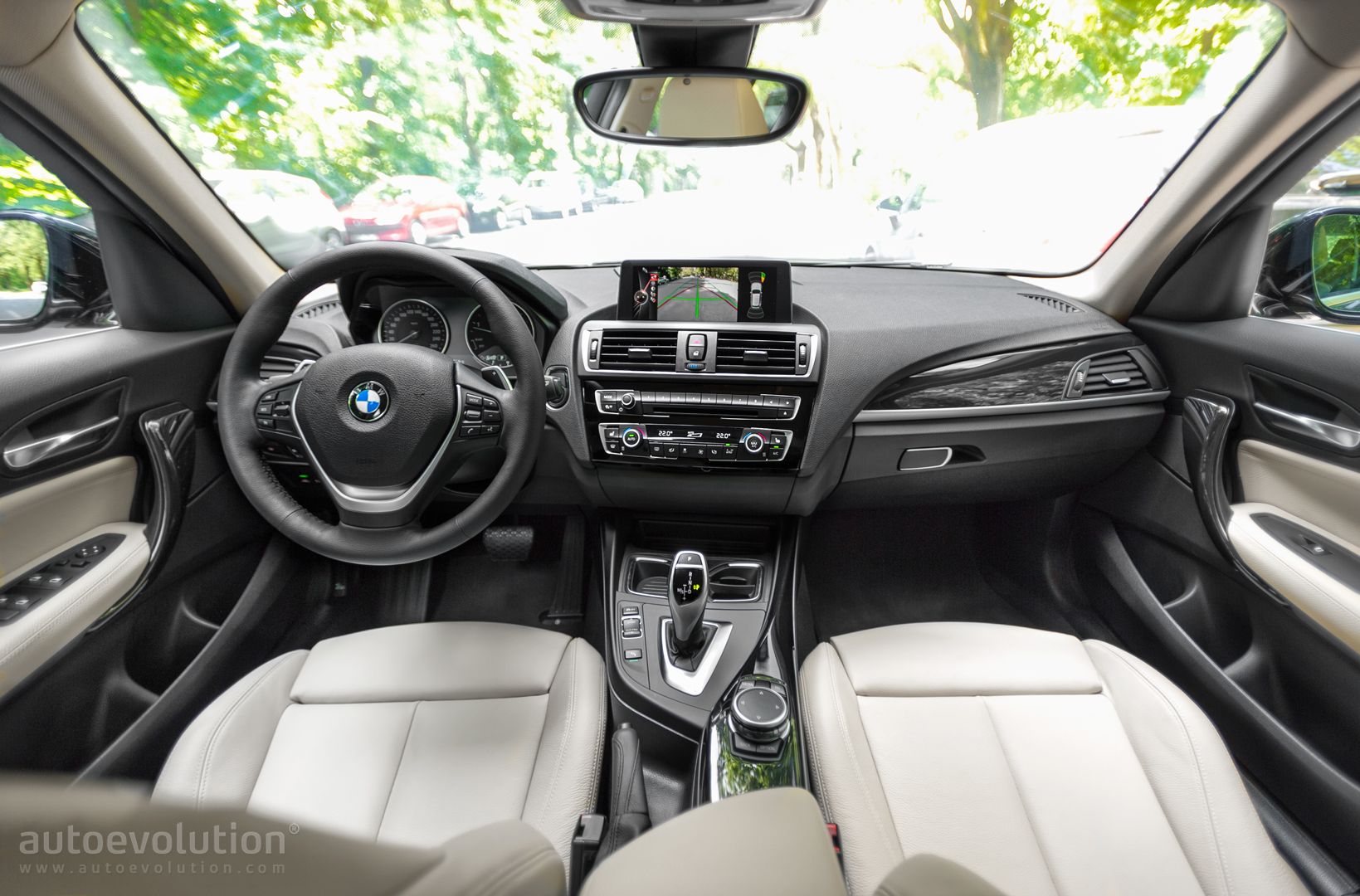 The Urban Line is a good deal considering that it costs €3,200 and it will add all the optionals you’d want for your car for that money. You should also include the bigger Navigation Professional option while you’re at it and maybe the Harman Kardon sound system but other than that, you don’t need to tick a lot of boxes to have a good daily driver. 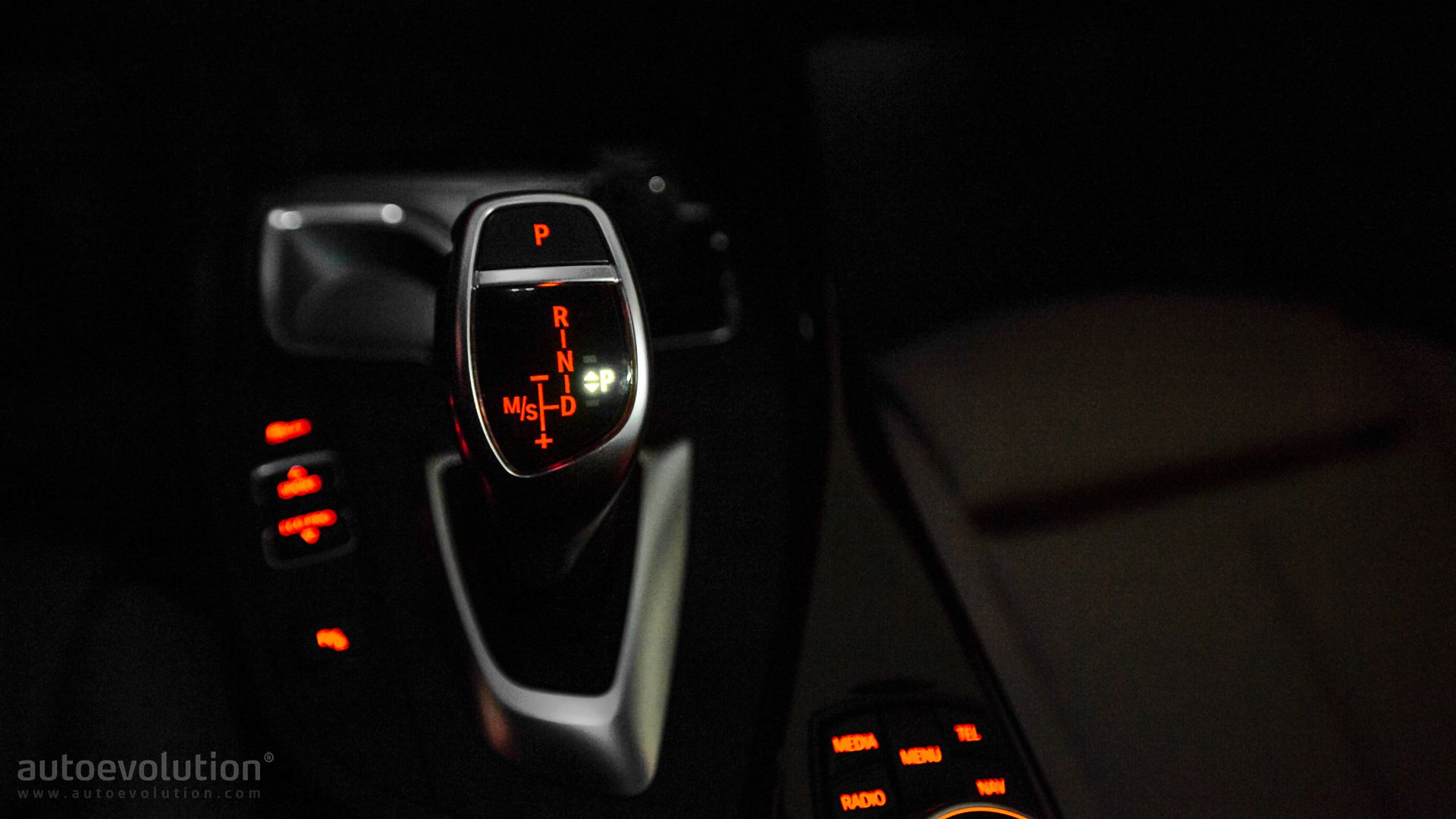 Bottom line, the cheapest and smallest BMW you can get today is true to its name. It looks better in this facelift version but has its short comings that are not related to this particular model but the overall chassis. Luckily, we took some extra photos in our 2015 BMW 1 Series Facelift review to prove we’re not just talking smack. Feel free to check them out.