4 Watch How Not to Test Drive a Ferrari California

South Korean four-member girl group Girl’s Day’s most recent video features the newest Mini Cooper S model. Known for their colorful and happy lyrics, the young pop band has released a summer song as part of their newest mixtape. It features awesome brass sessions, exciting shuffle rhythms and shows the girls having fun while washing the new hardtop made by BMW.
1 photo
The summer single was released on July 4th and is on their new mini-album, titled “Girl’s Day Everyday #4,” which made its public debut at midnight KST on July 14. “Darling” has been the group’s most us successful track from the album as of yet, topping eight major music charts in Korea. Mixing sexy and sweet, the video was already seen by millions of fans.

Well, we’ll have to be honest with you, having the Mini Cooper S as part of the video, makes everything look even more interesting. And the 2.0-liter turbocharged engine hatchback seems to be the perfect ride for these young ladies. The new Mini carries forward its predecessor’s aspiration to remaining the leading original of the premium small car segment. A new generation of engines increases driving fun and efficiency, and there is a wider selection of innovative driver assistance systems as well as Mini Connected infotainment facilities.

It packs a 192 horsepower motor able to develop up to 221 lb-ft (300 Nm) of torque and BMW has announced that a 5-door model is soon to be released. Incresed engine efficiency, extensive Minimalism technology, optimised weight and enghanced aerodynamic properties go together to produce a reduction in fuel consumption figures up to 27 per cent as compared to its predecessor models. 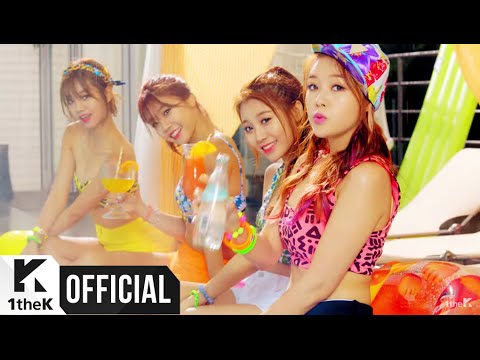