4 2014 MINI Cooper Will Have a Brand New Gearbox

The launch of the upcoming MINI Cooper is expected by fans around the world with a lot of excitement. MINI insists on teasing us even further with all kinds of info, photos and videos but it's all for the Cooper S model with not reference to the JCW.
3 photos

Well, since the situation presents itself like this, the guys from Virtuel-Car decided to take matters into their own hands and make a rendering of how they think the John Cooper Works model will look like, based on the Cooper S shots that are already available.

Their work doesn't look bad at all but we're hoping the top-of the line model from the British company will eventually look even meaner and have plenty of power to climb to the top of the hot hatch segment, once again.

At the moment, MINI announced only 2 engines for the Mk3 Cooper, one being a 136 HP 1.5-liter 3-Cylinder unit and one a new generation 2-liter with 192 HP. The official launch and more info will come starting with November 18, the official launch date. 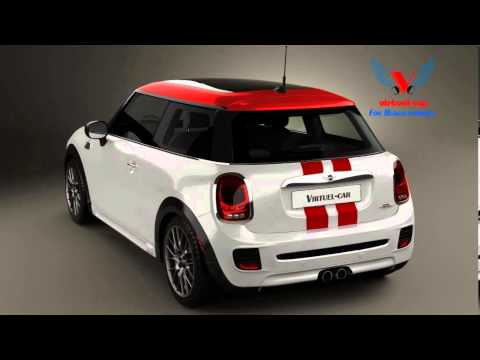