5 Tesla Model S Is the Safest Car Ever Built, Says NHTSA
Car video reviews:
Up Next

The redesigned 2014 Kia Sorento crossover has earned a five-star safety rating from the National Highway Traffic Safety Administration (NHTSA).
1 photo
The South Korean vehicle scored top marks in the agency’s frontal and side-impact crashes and four stars in the rollover test, which was enough for the NHTSA to award it an overall five-star rating.

“Built on an all-new platform, the redesigned Sorento utilizes Kia’s advanced safety equipment and technologies to provide a high level of occupant protection for drivers and their families as measured by the U.S. government,” said Orth Hedrick, executive director, product planning at Kia Motors America.

“Already a compelling entry in the compact CUV category, earning a 5-Star rating from NHTSA makes the Sorento an even stronger contender within its segment while underscoring Kia’s overall commitment to delivering safety and exceptional value to our customers,” he added.

The Kia Sorento was redesigned for the 2014 model year, with the company claiming that 80 percent of its components are brand new. 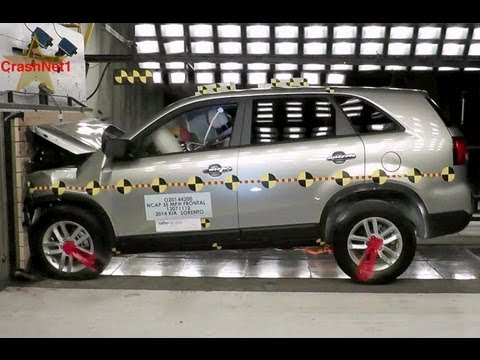