Ciprian Florea
Back in 1969, about four years since dictator Nicolae Ceausescu took over Romania as the leader of the Communist Party, Dacia started rolling out the 1300 model, a rebadged Renault 12 four-door sedan for the masses.
19 photos

Although production of its French counterpart ceased in 1980, Dacia continued to deliver updated models in several body styles and sizes until 2004, putting an end to the 1300 platform after no less than 35 years. The successful Dacia Logan was introduced that same year, but has yet to reach the 1300’s iconic status among Romanians and especially among enthusiasts who are still driving restored first-generation versions.

The latter category will most likely enjoy the 2014 Dacia 1300 Concept, a modern interpretation of the classic sedan made by Romanian artist Alexandru Maris. They shouldn’t get their hopes up though, as this concept has nothing to do with the automaker and won’t become more than just a rendering.

In fact, its creator says this modern Dacia 1300 will have a different purpose than its ancestor. It would no longer be the people’s car, but a luxury sedan ready to take on vehicles such as the Audi A7, the Mercedes-Benz S-Class and the Porsche Panamera. Motivation would be provided by a “powerful V8 engine and an electric motor”, with HP sent to the rear wheels - the original Dacia 1300 had front-wheel drive.

Alexandru says the concept is only 85 percent complete, which means we’ll be seeing more of this design study in the future. 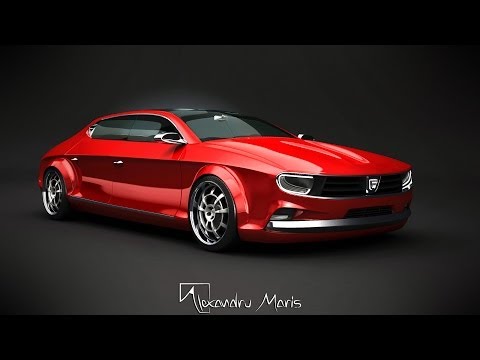