Home > News > Auto Events
Ciprian Florea
It’s been almost a week since the 2013 SEMA Show closed its doors, but awesome videos from the even just keep on surfacing around the internet. This only proves that the specialty equipment even is highly popular and probably too vast to cover it in just a couple of days.
1 photo
Our friends over at American Muscle, known for being notoriously fanatic about the Ford Mustang, which we don’t mind, traveled at this year’s SEMA to cover just about anything Mustang related in Las Vegas. And it looks like they had a lot of fun, especially after getting a ride along with Jack Roush Jr. and a “drift-along” with the one and only Vaughn Gittin Jr.

The footage also features some musclecars and dragsters you might have missed last month, such as the crazy four-engined Mach 1 with 2,000 HP or Ford Racing’s 2013 Gotta Have It Green GT display. 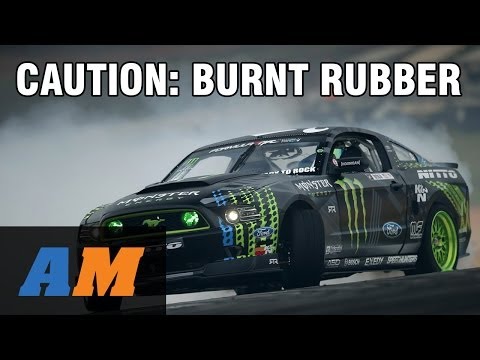