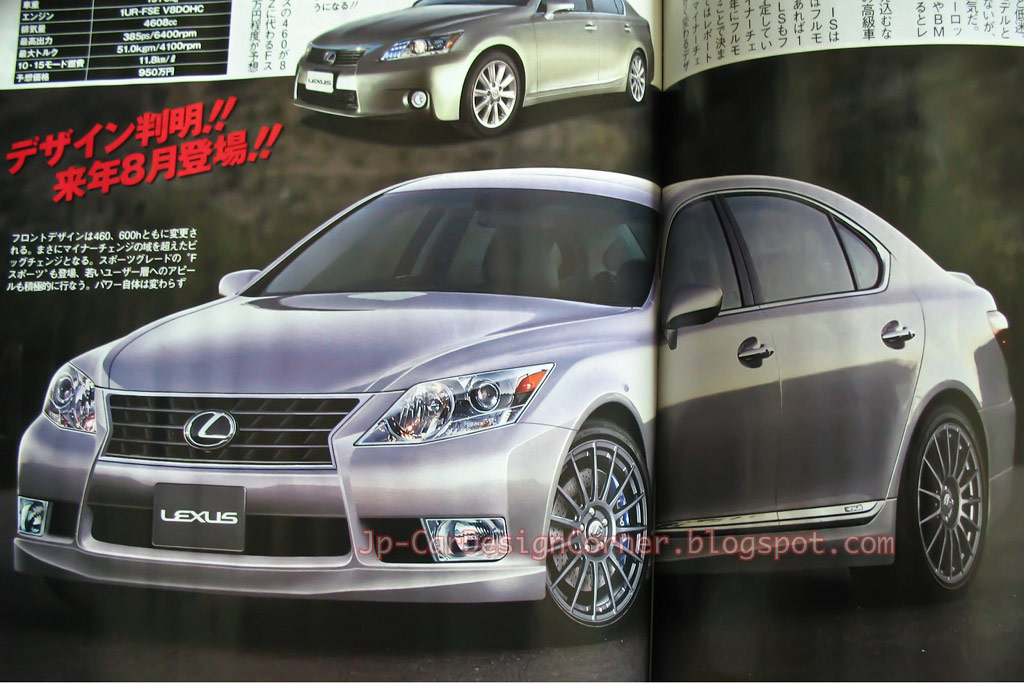 We are here to discuss automotive ambitions. To be more precise, we want to talk about big-scale ambitions. As since this is a concept that implies carmakers, we’ll quickly search for a company that has set a sky-high level for its goals.

There are quite a few automotive producers which have explosive ambitions and one of these companies is Lexus, which has really gathered image momentum over the last few years. Let’s take the company’s latest plan: this implies developing a replacement for the LS, an incredibly difficult task, considering that this will have to fight vehicles such as the Audi A8 or the upcoming generation of the Mercedes S-Klasse.

As you can imagine, various unofficial images and info related to the model have already hit the web. The most recent rendering of the model comes from Japanese magazine Mag-X and has reached us via Japanese Car Design Corner.

As you can see, we are dealing with a down-to-earth approach, which means that this could be turned into a production vehicle. However, we’re hoping that it will never become a reality, as the front fascia of the car has a strong resemblance to the current generation of the Toyota Avensis.

We know that the “family face” concept has become more widespread than ever, but this is like a father using his son’s T-shirt.

The all-new LS is expected to reach showroom floors in 2013, but we’re pretty sure that we won’t have to wait too much for new info/images to surface.