5 Facelift BMW 5 Series to be Launched Along with Plug-In Hybrid Version
Car video reviews:
Up Next

We haven't see that many ActiveHybrid reviews so far and that is rather disappointing. There we have BMW working hard to create cars that obey the crazy CO2 emission standards the EU wants, and nobody drives them.
1 photo
Nobody except the people that actually care about the environment and the people at Carbuyer. They just tested the BMW ActiveHybrid 7 which is the hybrid version of the BMW 7 Series, one of the best (if not the best) limousine in its class.

On the inside everything is just like in any other 7 Series: luxury and comfort in every aspect. It's also a practical car and, even though the guys from Carbuyer said the wheel looks like the one on the 1 Series, it has nothing to do with the smallest Bimmer on the market.

Furthermore, the fuel consumption figures are incredible. In the urban cycle, the ActiveHybrid 7 'guzzles' just 6 l/100km (39 mpg) and 7.2 l/100km (33 mpg) outside of crowded cities. Quite good numbers overall.

Bottom line, the ActiveHybrid7 is a luxurious, comfortable car, with extremely low CO2 emissions (158 g/km) that is worth every penny, if you can afford it. Even the guys from Carbuyer couldn't find too many downsides to this beautiful creation of the propeller badged manufacturer. 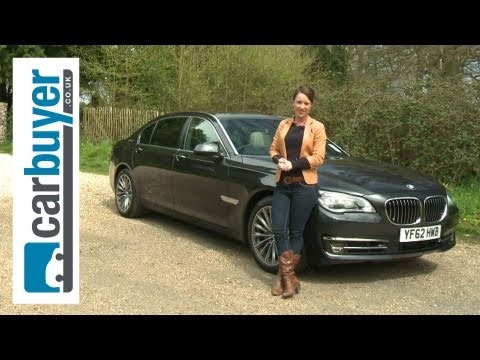