2012 ROUSH Stage 3 Mustang Lives Through One Lap of America 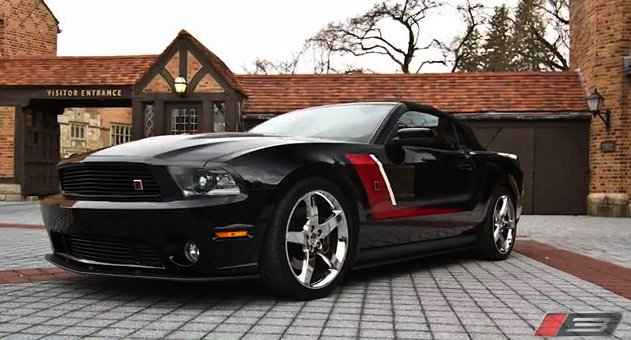 So, you take the fastest street legal cars in the US and take them all to no less than eighth of the nation's most challenging race tracks. What do you get? The One Lap of America event, of course. The preferred destination for all those who want to feel that the thousands of dollars they have spent on their rides were all worth it, the event saw this year, for the first time, two Roush prepared Mustangs getting on the grid, in a show of might at half the price, if you like.

Usually, the event draws crowds of Porsche, BMW (with Ms attached), Corvette or Ultima GTR owners, so obviously, the value of the rides taking part in the races exceeds several million dollars. With its involvement in this year's race, Roush wanted to prove that even a cheaper car can perform great.

Of course, Roush has a very different definition for “cheaper” than the rest of the world, and the cars it makes are far from performing cheap. Yet, when you take an optioned-out Mustang Stage 3 worth $60,000 and put it face to face with a Porsche that's worth double that, what do you see? You won't see much of a difference, for sure...

The two Mustangs which took part in the eight races of the event managed to perform great, said Roush, and that without having undergone performance calibrations or unique engine tunes. If you like, what you see is what you get for Roush's ponies: a 5.0l V8 equipped with a ROUSH charger, good for 540 horsepower and 630 Nm of torque.

“I think the idea of any company stepping up to put it all on the line and run their production vehicles in a competition like this is, well, gutsy. I think it truly shows the confidence we have in our product lineup,” said Jay Velthoven, marketing director, ROUSH Performance.

“It's one thing to trailer a car to a track and test it. But to race it hard, then drive it 400-600 miles to the next event, and get right back out there and race it again and continue that cycle for eight days with virtually zero down-time…now that is a true test. And, I think the ROUSH Performance teams nailed it.”