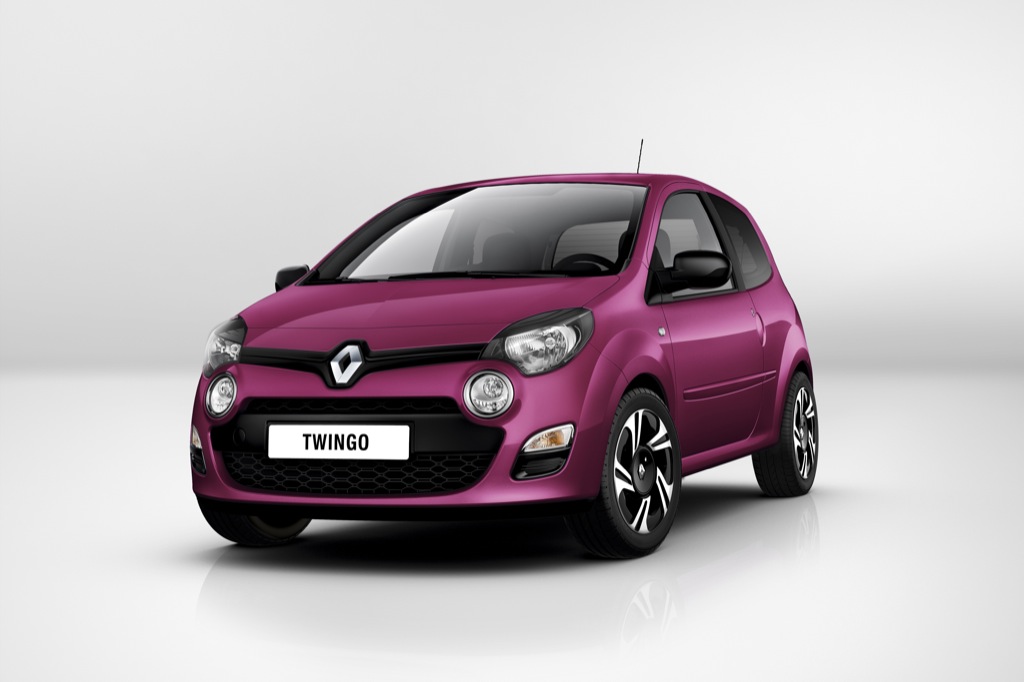 With less than two months before the Frankfurt Auto Show opens its gates, French manufacturer Renault decided to release the first official images that show the facelift it has planned for the Twingo minicar.The decision to freshen up the smallest model in its range came with a single purpose in mind: that of reviving sales.

Unfortunately, the photos are not accompanied by other details on the subject, so we’ll have to settle with the little we have. As you can see in the adjacent images, the Twingo gets a “nose job,” which kind of looks similar to the front end of the Frendzy concept, also set to debut at the Swiss venue this fall.

This is not a surprise, as the facelifted Twingo model is said to be the first mass production vehicle to be inspired by the new design identity that the brand has been teasing us with for the past few years.

The images show that the front grill and headlights will be slightly modified while the fog lights will be repositioned. In addition, the rims will also be redesigned, while on the bonnet, the Renault logo has been enlarged and centered in a more vertical position. The automaker also claims the Twingo facelift will also bring a better equipped interior.

Performance wise, the engine lineup will be the same as on the current version, with a top-of-the-range 133hp variant included. But don’t hold your breath yet, as 2014 might be the year we’ll get to see a hybrid or electric version of Twingo introduced to the market.

However, full details and likely pricing for the new Twingo facelift are to be disclosed in Frankfurt this September, when the official public debut will take place.

The Twingo facelift is to be replaced by a model reportedly based on an all-new rear-wheel drive platform shared with the upcoming smart four-seater model.