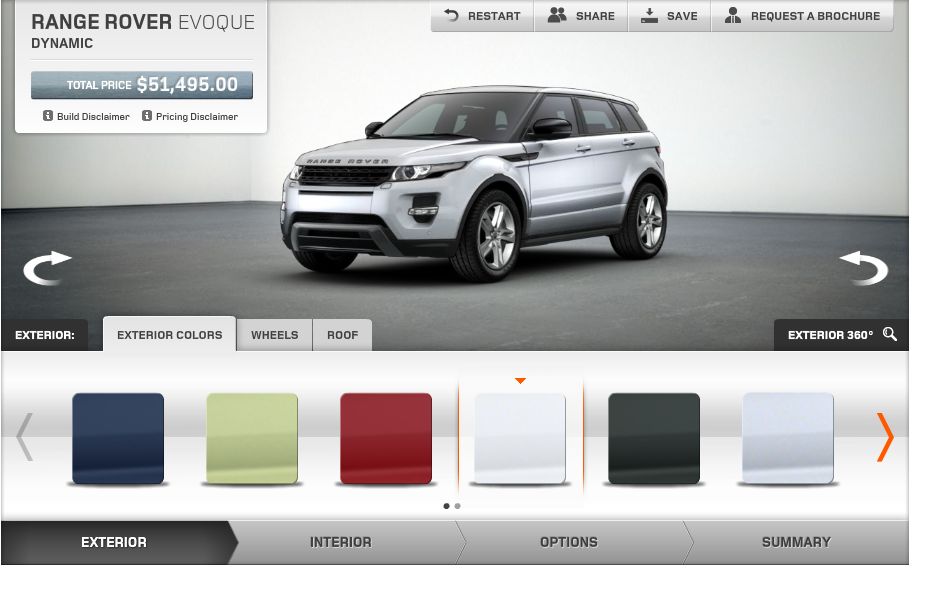 The Land Rover Halewood plant in Liverpool giving birth to the first Range Rover Evoque early this week. The stylish crossover is going to be offered in both five-door and three-door variants in over 170 countries from around the world and thus is an important product for the British economy.

Land Rover says that it has already received over 18,000 orders for the Range Rover, and the British company is bound to get even more from across the pond form now on, as the US market online configuration has been introduced.

Land Rover seems to have constructed the two variant to appeal do different customers. The coupe provides two individual rear seats, with the option of three-seat bench if specified. The Evoque five-door becomes even more attractive by offering greater practicality and family appeal. In order to better accommodate its passengers, the roofline stands over an inch higher than the coupe, which delivers extra head and shoulder room for rear seat passengers.

The all-new 2012 Range Rover Evoque will have a starting price of $43,995 for the five-door, and $44,995 for the coupe, both including destination and delivery charges. Replacing the usual equipment grade hierarchy, Land Rover has laddered the Evoque in three defining design themes, namely Pure, Prestige and Dynamic.

“Each theme has a distinct appeal in terms of exterior styling, interior appointments and equipment specifications, which offer the highest level of on-board comfort, entertainment, communications and convenience,” the carmaker says.