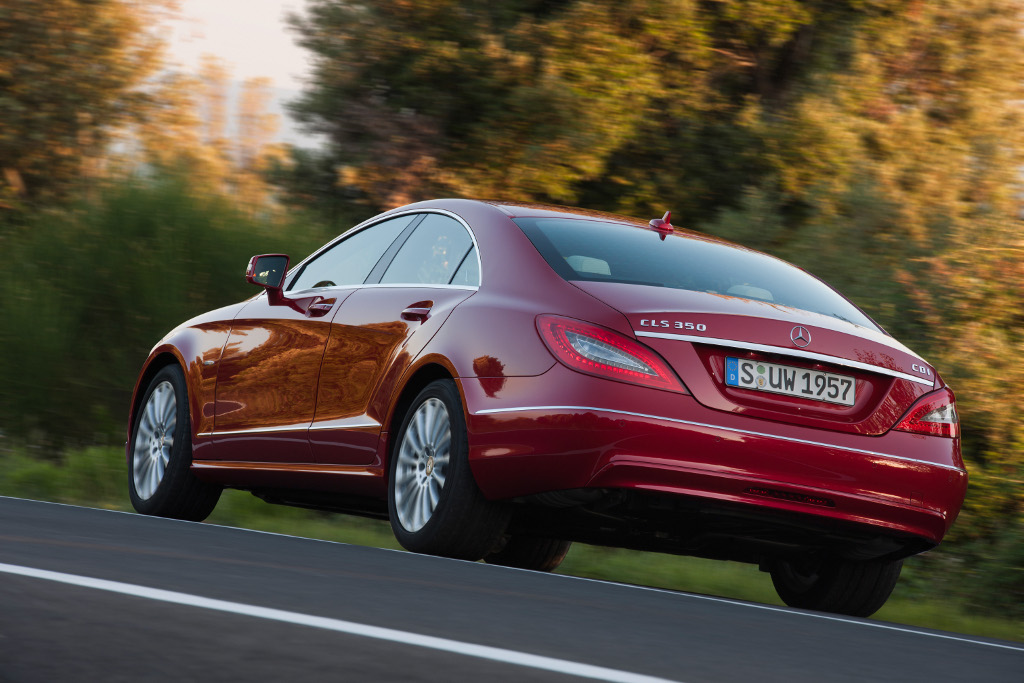 The recently unveiled second-generation Mercedes-Benz CLS can now be ordered from European dealerships, the German manufacturer announced today, while also revealing pricing details for the model. The model will arrive in showrooms in January 2011. The 2012 Mercedes-Benz CLS comes with a choice of five interior colours, five trim part variants and three types of leather.

Two months later, in March, the range will expand with the addition of the CLS 250 CDI BlueEFFICIENCY developing 204 hp starting at EUR59,857. Sales of the CLS 500 BlueEFFICIENCY with a V8 engine and developing 408 hp start in December 2010, with deliveries to begin in April 2011. Both variants also feature the ECO start/stop function as standard.

The standard electromechanical Direct-Steer system with Active Parking Assusts is available as an option for EUR868.70. This means the CLS can not only detect parking spaces, but can also actually park the vehicle for you. The CLS is also the first car in the world to feature fully dynamical LED high-perfor­mance headlamps (EUR1,773.10) as an option.

Safety wise, the driver assistance systems in the new CLS include Active Blind Spot Assist and Active Lane Keeping Assist. Both are available in the Driving Assistance package Plus in conjunction with DISTRONIC PLUS, BAS PLUS and PRE-SAFE brakes for EUR2,677.50.

The CLS “Edition 1” is limited to the first year after the market launch. The features of this special model (option price starting at EUR6,664) include matt exterior paintwork in manganite grey SHAPE, shimmering metallic leather upholstery designo corteccia pearl, floormats with “Edition 1” lettering, black designo roof liner and aluminium pedals. For the interior trim elements in the “Edition 1”, there is a choice between poplar light-brown satin, ash black high-gloss or, as an optional extra, AMG Carbon (at EUR10,115).