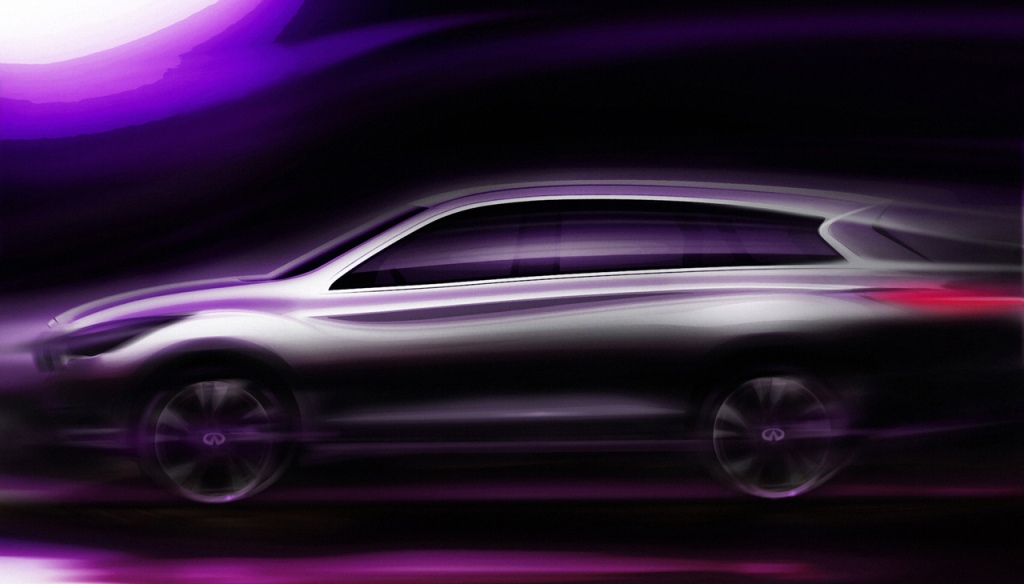 Infiniti has just made an announcement reporting that a new luxury crossover, Infiniti JX, will debut in 2012 as a 2013 model.

A sketch has been released indicating the vehicle’s design features and judging by the looks of it, the Japanese automaker bends all boundaries regarding the crossover segment. The concept is scheduled to make its first public appearance in August 2011 at the Pebble Beach Concours d'Elegance event. In September 2012, at the Los Angeles Auto Show, the Infiniti JX will be showcased in full production version.

"The all-new Infiniti JX crossover will allow us to continue to expand the Infiniti brand's presence in the Americas," said Carlos Tavares, chairman, Nissan Americas.

The JX will be a three-row seating crossover with a lot of elegant lines, and it’ll probably be the first model in a new range of crossovers as this segment tends to expand.

"In 2010, Infiniti was one of the fastest-growing luxury brands in the United States, and this year we will expand our presence further to Mexico and Panama, followed by Chile in the first half of 2012," he added.

"There aren't a lot of choices for luxury families today. The all-new Infiniti JX is the 7-passenger antidote to the ho-hum luxury crossovers that are out there right now," explained Ben Poore, vice president of Infiniti Americas.

"The Infiniti JX will have a stunning interior, while offering exceptional seating flexibility, easy access to the roomy third row, plus the latest in-vehicle technology – including next-generation telematics. A fitting addition to our line, it will challenge the status quo in its class," he concluded.