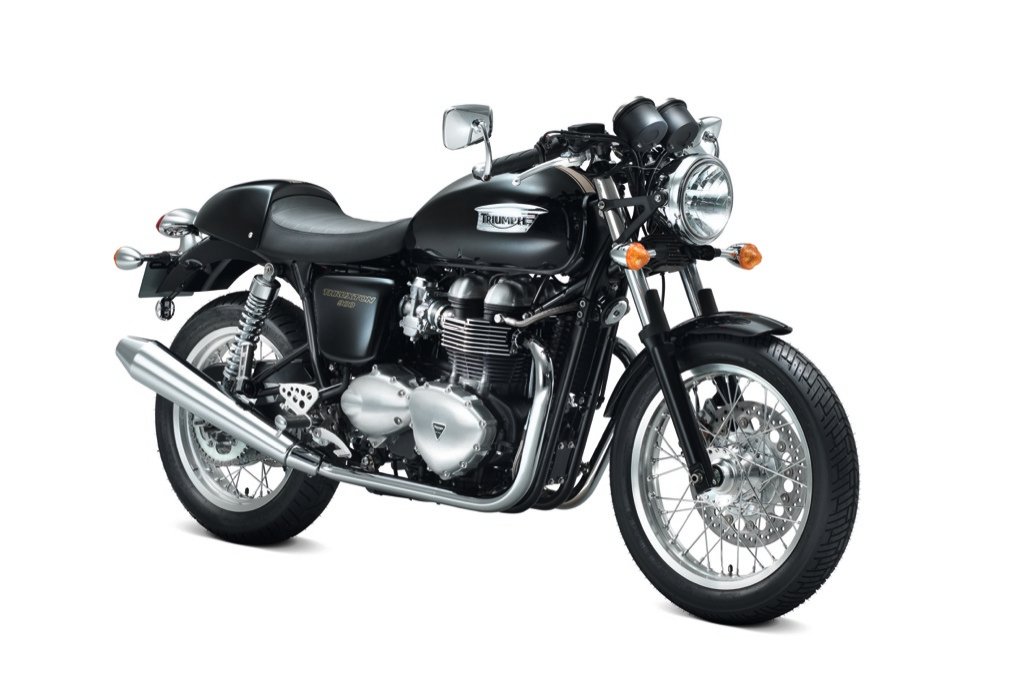 The 2011 Triumph model range will comprise the brand’s sportiest classic bike: the Thruxton. The styling of the 2011 Thruxton - named after the Hampshire race track - is inspired by the Bonneville-based cafe racers of the 1960s.

Highlights of the new model include low slung handlebars, alloy rimmed wire wheels and central racing stripe, that Triumph says it makes the Thruxton look like it’s “ready to roll onto the grid at a classic motorcycle race.”

“Thumb the starter and enjoy the satisfying growl that only a British parallel-twin can provide. Make no mistake, motorcycles are designed to evoke emotions. And no motorcycle creates a bigger emotion than the Triumph Thruxton,” a company statement reads. “As one would expect from the flagship to Triumph’s classic line, the Thruxton is dripping with neat touches and quality components. Neat bar end mirrors complement the minimalist lines, while lightweight alloy rims, bar mounted instruments, sporty graphics and racy megaphone silencers ensure the Thruxton remains faithful to the café racers of the period,” the statement continued.

Available accessories include an aerodynamic bikini fairing and, for those wishing to take to the race track, a race exhaust from Arrow Special Parts which Triumph says it increases performance and the aural tone from the parallel-twin engine.