3 2011 Triumph Speed Triple Revealed
Up Next

Hyundai Starts Construction of Its Third Plant in China 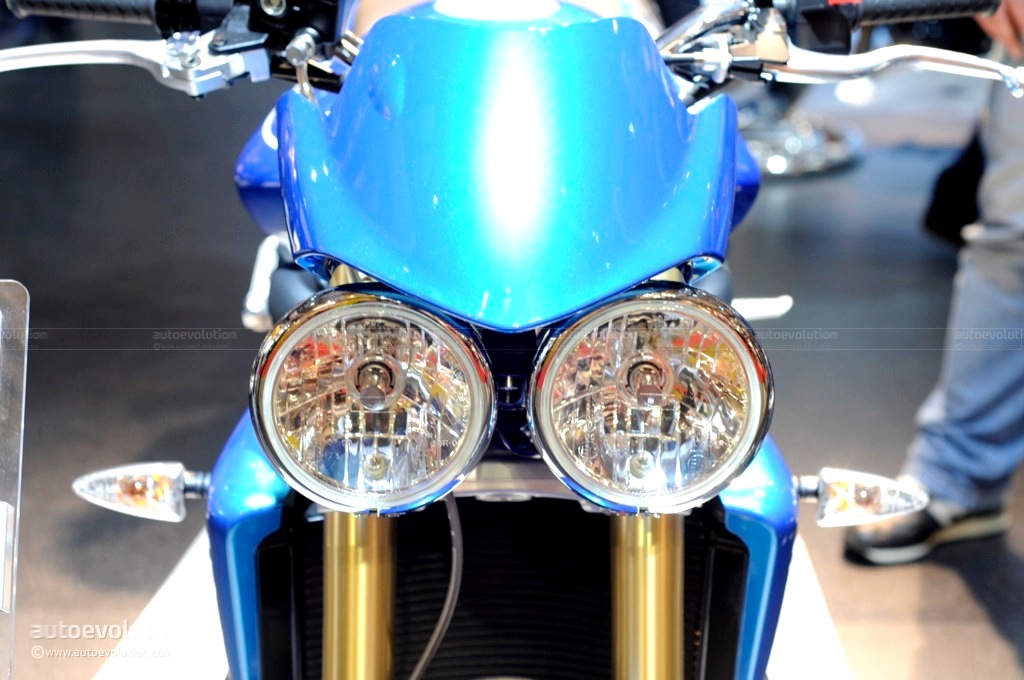 Designed alongside the Daytona 675 and sharing the same engine and frame, the 2011 Street Triple from Triumph 675cc three-cylinder engine tuned for strong low-to-mid range performance. The middleweight street fighter delivers 105 horsepower at 11,700 rpm and a maximum 68 Nm (50 lb.ft.) of torque.

The Street Triple’s narrow and lightweight aluminum frame contributes to a motorcycle that weighs just 189kg (417lbs) fully fuelled and ready to ride. The bike also comes with a low dual seat and wide handlebars, making it well balanced and easy to ride.

Accessories available include color matched flyscreens, belly pans and seat cowls, while Arrow Special Parts have developed both a three-into-one ‘low boy’ exhaust system and lightweight slip-on silencers for improved performance and a weight reduction. Other key fetaures include stylish bar end mirrors, CNC machined clutch and brake levers and a ‘plug and play’ quickshifter that can be fitted to the Street Triple in minutes.

“Fusing the style and attitude of the Speed Triple with the agility of the Daytona 675, and delivering it all for a very competitive price, it wowed the industry when it arrived in 2008 and continues to dominate the middleweight naked sports bike class,” a company statement reads.