1 Tomizawa's Number 48 to Be Retired from Moto2 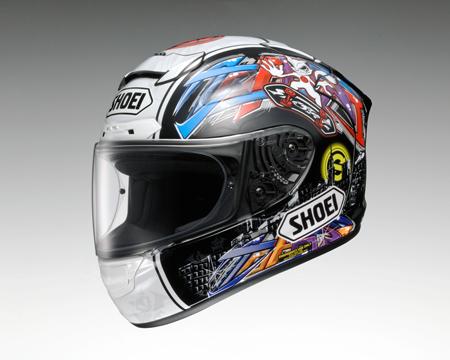 One of the most tragic incidents that occurred during the 2010 MotoGP season was the death of Moto2 rider Shoya Tomizawa at Misano in September. To honor the late Japanese rider, helmet company Shoei has confirmed the release of a a limited edition model wearing Tomizawa’s graphics.

The special X-Spirit II helmet, dubbed X-12 in Japan, is the top-of-the-range Shoei model. It is made from AIM+ Plus Advanced Integrated Matrix materials, meaning a lightweight, fully rigid but flexible material. It weighs 1.45 kg (3.2 lbs) in the medium size.

Other highlights include the new Emergency Quick Release System that allows for fast removal of the helmet , while the CWF-1 visor is large in size than the previous model and has Pinlock function. The internal lining can be removed and washed. A multiple air intake and outlet system makes for perfect breathability, even at low speeds.

As Racing Helmets Garage reports, the special edition Shoei X-Spirit II Tomizawa Replica will only be made available to Japanese customers only starting April 2011. The price is set at 71,400 yen (US$879 at the current exchange rate), tax included.

Part of the proceeds will benefit the relatives of Tomizawa and young people who intend to take the motorcycle road racing. Along with the helmet there will also be a memorial dedicated to the young rider.

Shoya Tomizawa was considered by many a rising star. He was the winner of the inaugural Moto2 race in Qatar in April of this year. In recognition of Shoya's contribution to the sport his number 48 has been retired from the Moto2 World Championship.