Anyone looking to assert some well-rounded aftermarket supremacy in the seemingly eternal muscle car wars should consider looking into acquiring this upgraded GT500. Perhaps a low-mileage Super Snake is just what the general “ordered.”
32 photos

Sure, there are many other options. But for Blue Oval fans it should be hard to pass on the opportunity to own something that has double Shelby of everything. First, it was a 2011 Ford Mustang Shelby GT500. Then it was also a Shelby American Super Snake. With all the high-performance bells and whistles that come attached.

Such as the fact that we are dealing with the optional kit that raised total power to no less than 800 ponies (as opposed to the stock 550 hp and regular Super Snake’s 750 horsepower). But the 5.4-liter supercharged V8 is just one of the highlights. Others include the subtle yet menacing Sterling Gray Metallic over Charcoal Black attire, the build number 2,375 of just 4,150 produced, or the fact that it’s been definitely handled with care. Or, rather, almost not handled at all – given the odometer reading of merely 8,879 miles (14,289 km). This is less than 900 miles on average per year, which in turn equates to less than 1,500 km for anyone not speaking Imperial (units).

That’s not all (folks) because the interior is just as inviting (towards long and hard road trips/burnouts) as the exterior and exquisite details include the cool “racing-striped ivory knob displaying the shift pattern” for the six-speed manual transmission.

Naturally, the upcoming owner might spend as much time circling the exterior and lovingly driving everywhere, with an accent towards lifting the hood from time to time in order to witness Ford SVT greatness and ogle at the liquid-cooled supercharger. Alas, there’s just one impediment in the way of complete high-performance happiness.

That would be the willingness to part ways with a significant amount of cash. After all, the Grand Rapids, Michigan-based Garage Kept Motor has a rather steep asking price of no less than $119,900! 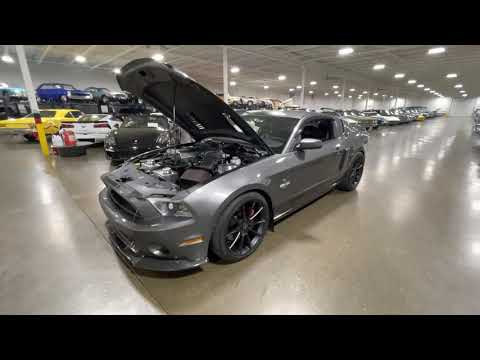