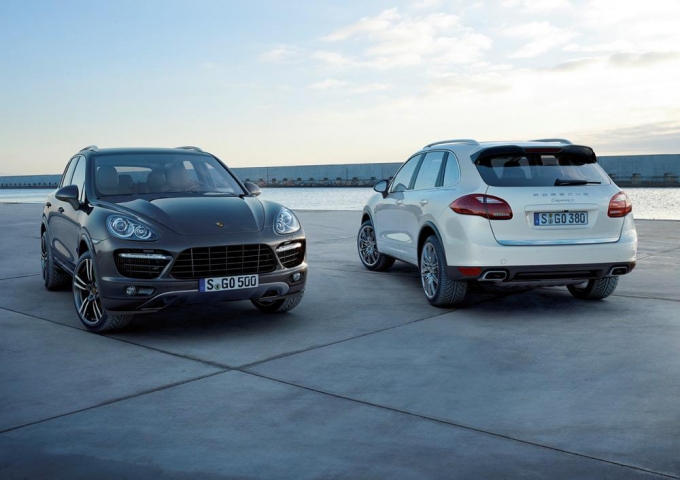 The recently launched Porsche Cayenne is getting ready to hit the market, with the first models to do so being the V6 units, one diesel and one petrol. According to Porsche, the new engines will allow for an average fuel consumption of less than 10 l/100 km (28.3 mpg).

The petrol version of the engine, a 3.6l unit, develops 300 hp and comes paired with a six-speed manual gearbox. In this configuration, the Porsche accelerates from naught to sixty in 7.5 seconds, while when using the optional Tiptronic S eight-speed automatic transmission with Auto Start Stop, it reaches 60 mph in 7.8 seconds.

The biggest improvements is in the fuel economy area, as the car now burns only 9.9 liters of gasoline per 100 kilometers (28.5 mpg) - an improvement of 20 percent as compared to the previous version.

As for the diesel, the 3.0l V6 powerplant develops 240 horsepower and 550 Nm of torque and comes paired, as standard, with the eight-speed Tiptronic S automatic transmission with Auto Start Stop function.