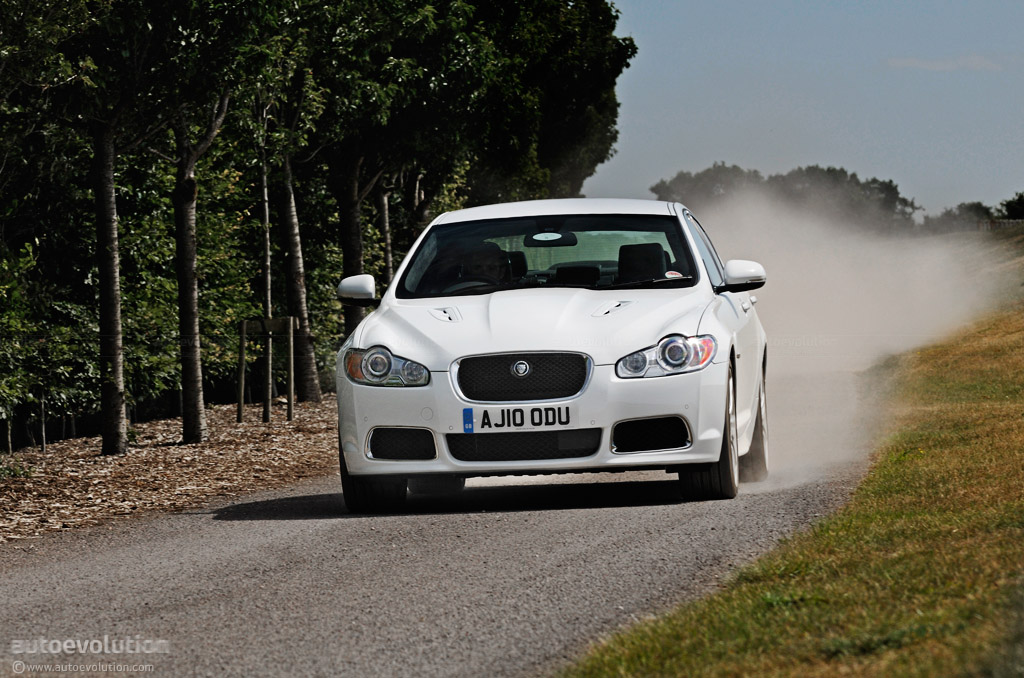 About three years ago, at the 2009 Frankfurt Auto Show, Jaguar was unveiling what was to become their first true modern mid-size model since... well, forever – the XF. We're of course talking about design here. Just take a look at its predecessor, the Geoff Lawson-penned S-type, keep that image in your head and then peruse a Mark I or Mark II from half a century ago.

The S-type had almost nada original or modern design details on it, since almost every styling cue was actually recycled from previous Jaguar sedans and then blended in a form of retro-futurism.

Almost the same could be said about the rest of the Jaguar range, starting with the E-type inspired XK models or the aluminium space frame XJ. Well, as it turns out, after Ian Callum was summoned to replace the late Geoff Lawson as head of design at Jaguar, everything changed.

Gone were the four round headlights, the J-gate gearbox shifter or the huge block of wood that stretched over the whole dashboard, which was making you feel like in a British gentleman's club.

Hello quirky headlights, four-door coupe shape and rotary knob gear shifter! Welcome to the future of Jaguar, represented here by the XF sedan which we drove in the same years as the company's 75th anniversary.

But wait, this is not your average XF, it's an XFR! Apart from adding another letter to its name, the "R" version completely transforms the car from a sporty 5-Series, A6 or E-Klasse competitor to an all-out four-door supercar. But is it, now? 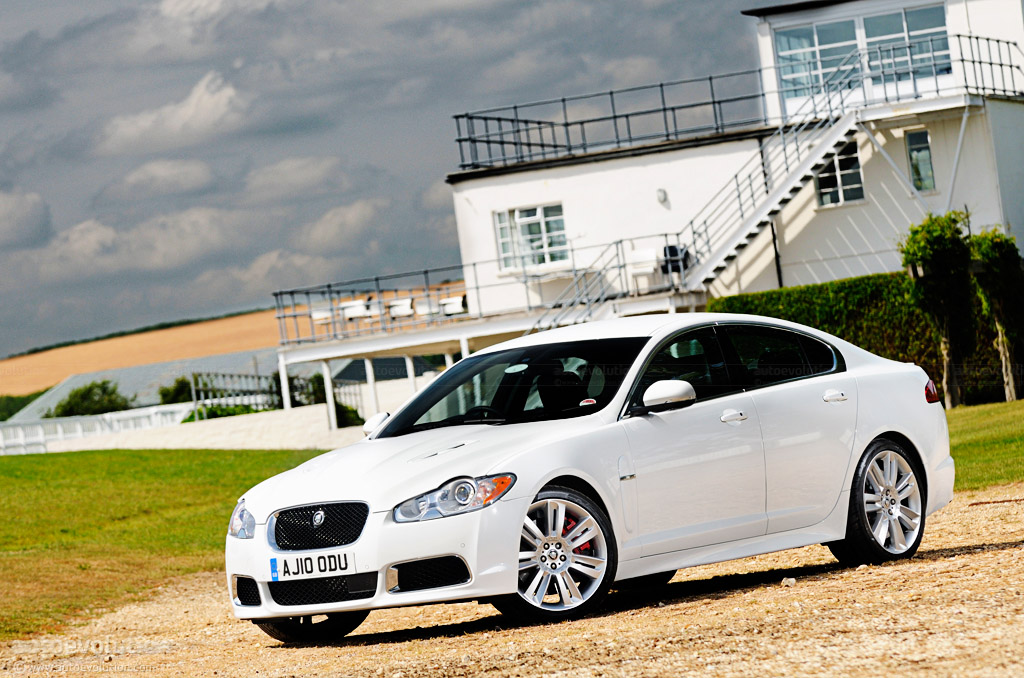 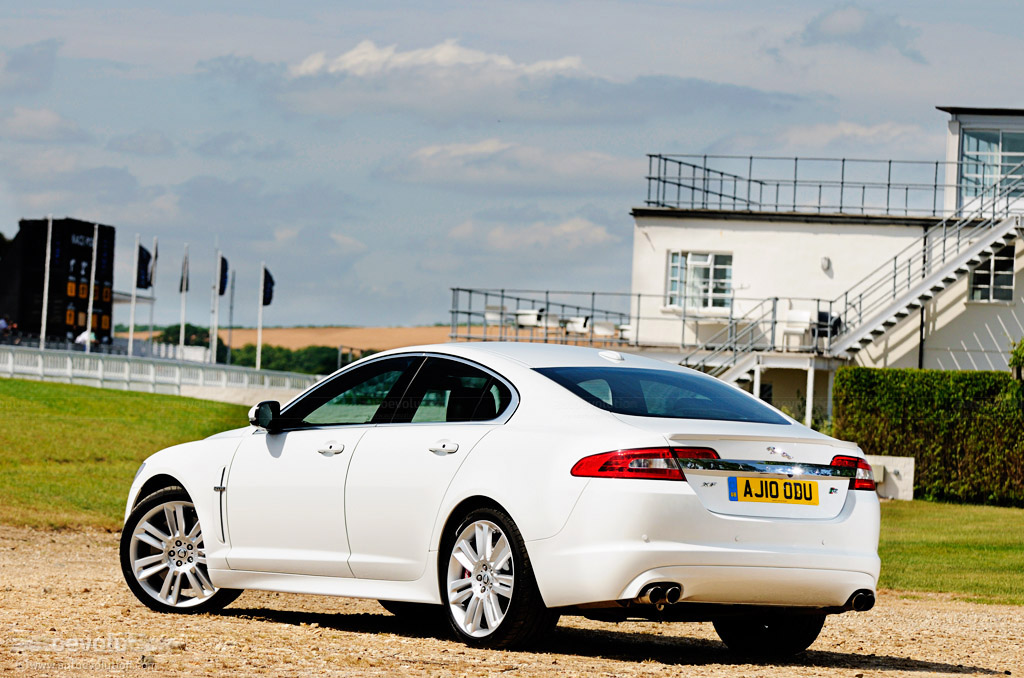 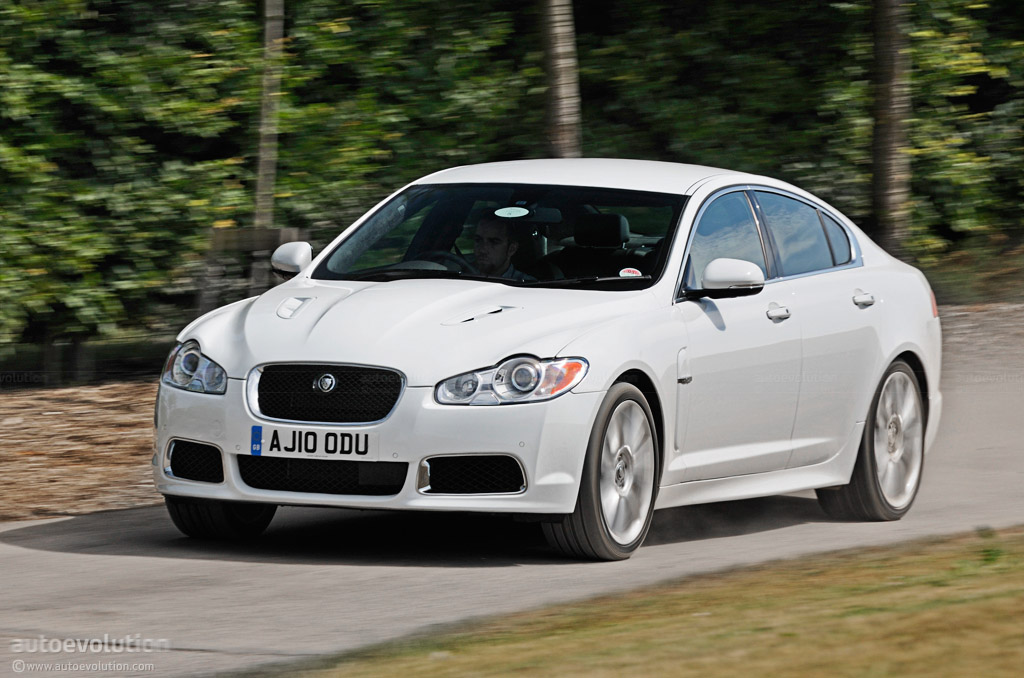 Let's see. We have a five-liter V8 that's sporting a howling supercharger and direct injection, rear-wheel drive, a near perfect 6-speed automatic from ZF and an electronically-controlled suspension that can switch from "wafting over pot holes" to "track-ready" at the touch of a button. These shenanigans translate into a 510 horsepower understated sedan that can haul a** from naught to 100 km/h (62 mph) in under five seconds and be driven comfortably to a tire-shredding fast lap at the track. Not too shabby, we might say.

Thanks to the white exterior color, our test car may be just as well used as a four-wheeled example of understatement in car design. That's mainly because all the sporty design cues that the XFR doesn't share with its more domestic XF brother pretty much disappear when looking at the car from the distance. 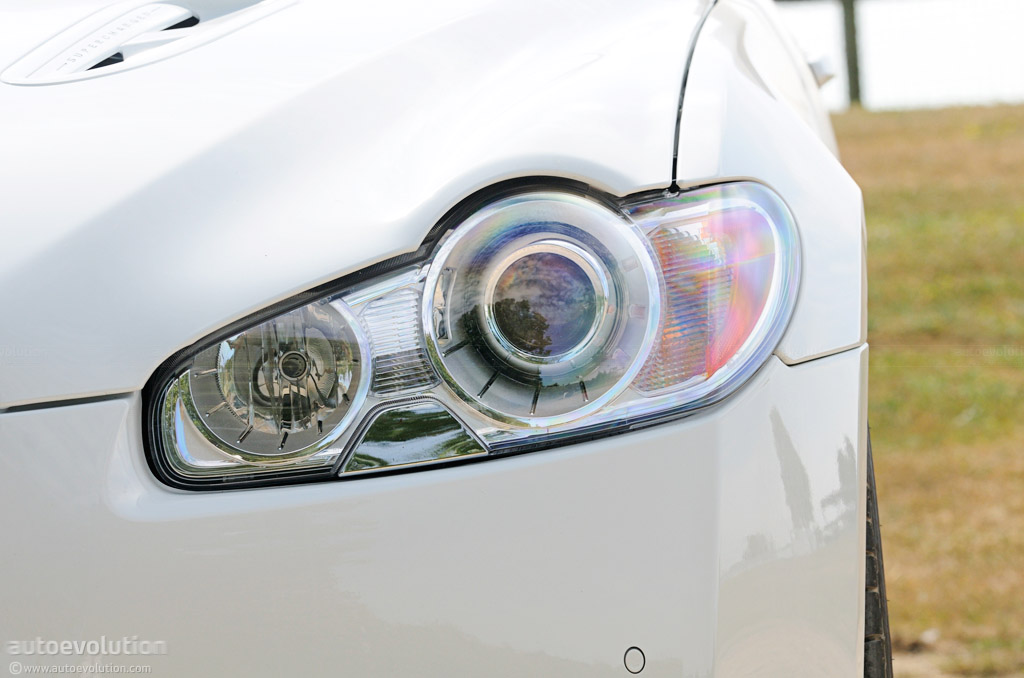 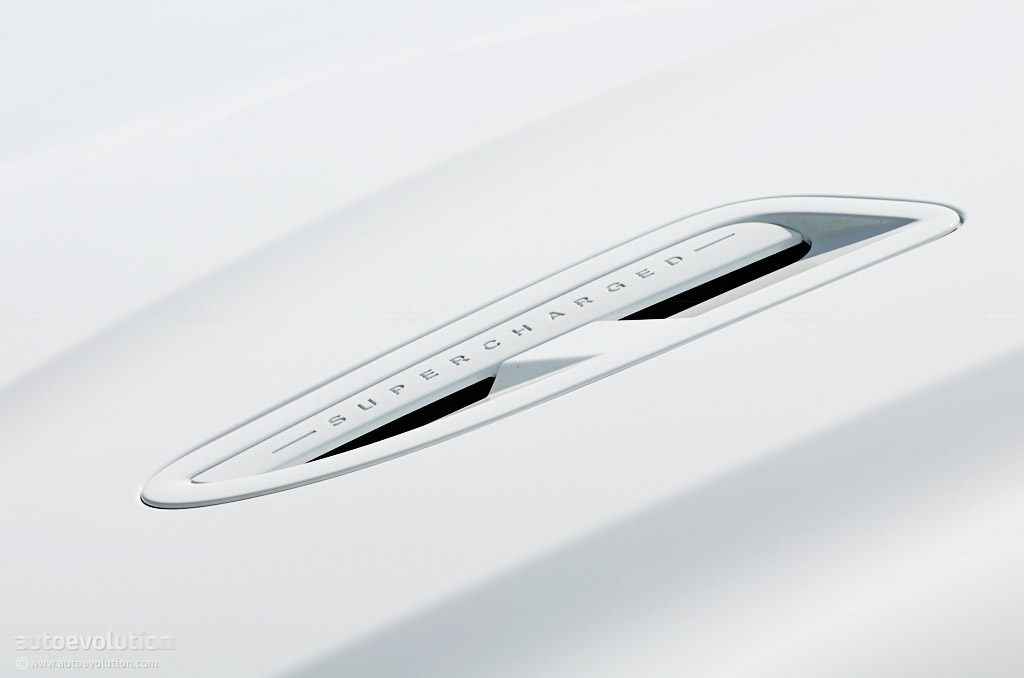 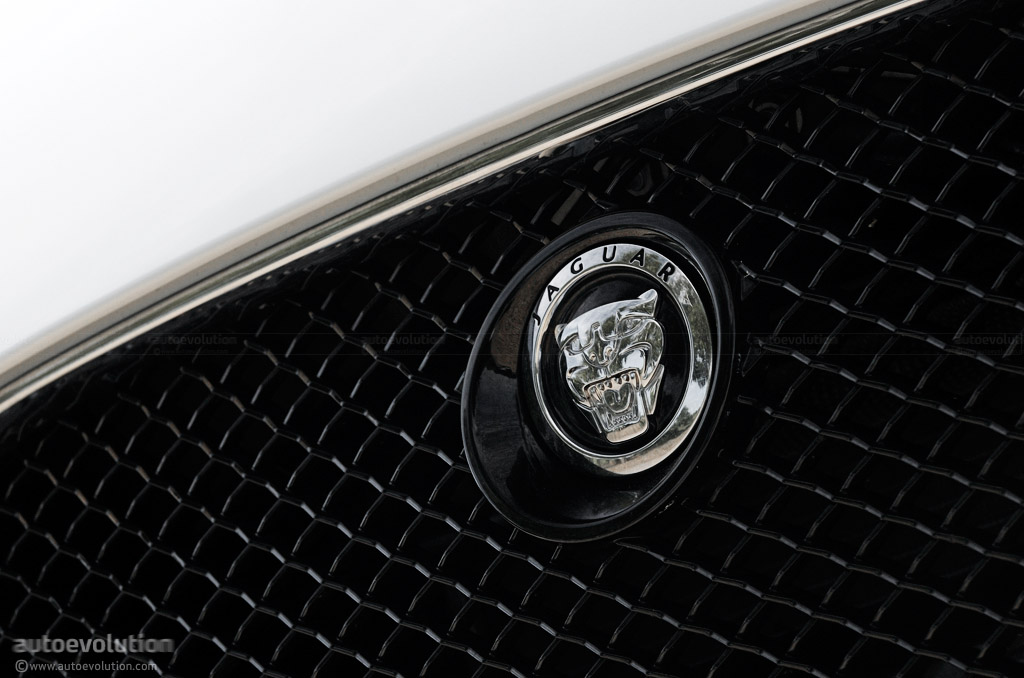 Taking a closer look reveals the 20-inch multi-spoke Nevis wheels, the twin air outlets (or louvres, as some would call them) on the engine hood and the redesigned bumpers and side skirts. An even closer look would also reveal the black-finished mesh with chrome outboard air intakes and the brightly chromed four tail pipes. Despite these sportier touches, it's far from looking like it really means business. But, trust us, it really means business.

The interior doesn't look like on any other Jaguar designed under the supervision of Geoff Lawson, especially because the only piece of wood was found on the transmission tunnel, while everything else was adorned with either leather for an odd-looking silver plastic. By far the most high-tech interior detail is the gear shifter, which is actually a rotary-knob that emerges from the center console after that beast of an engine springs to life. 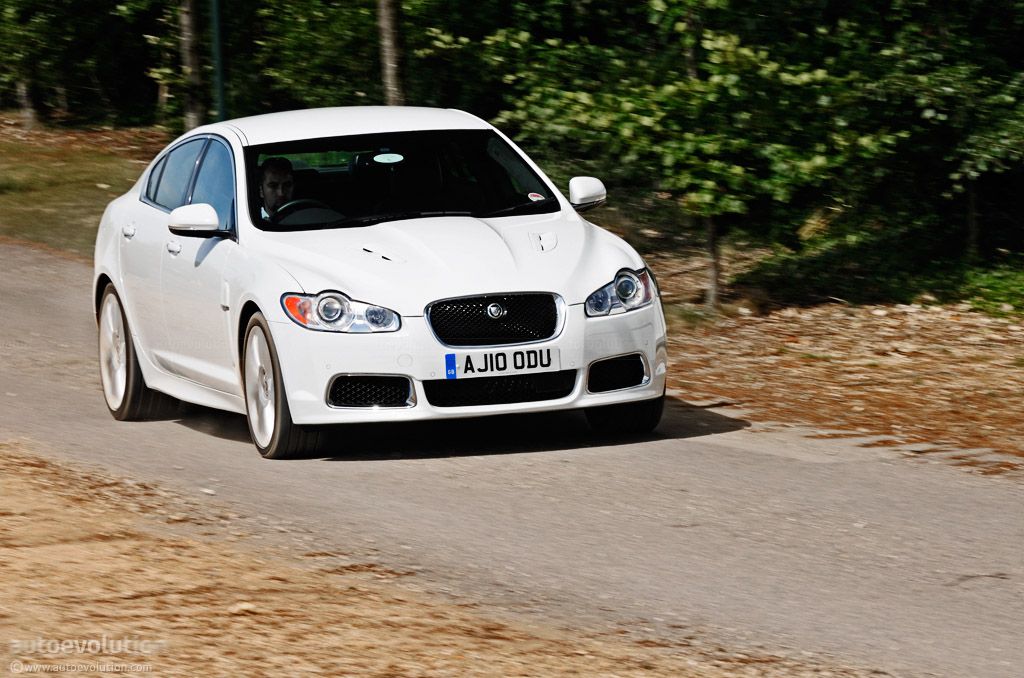 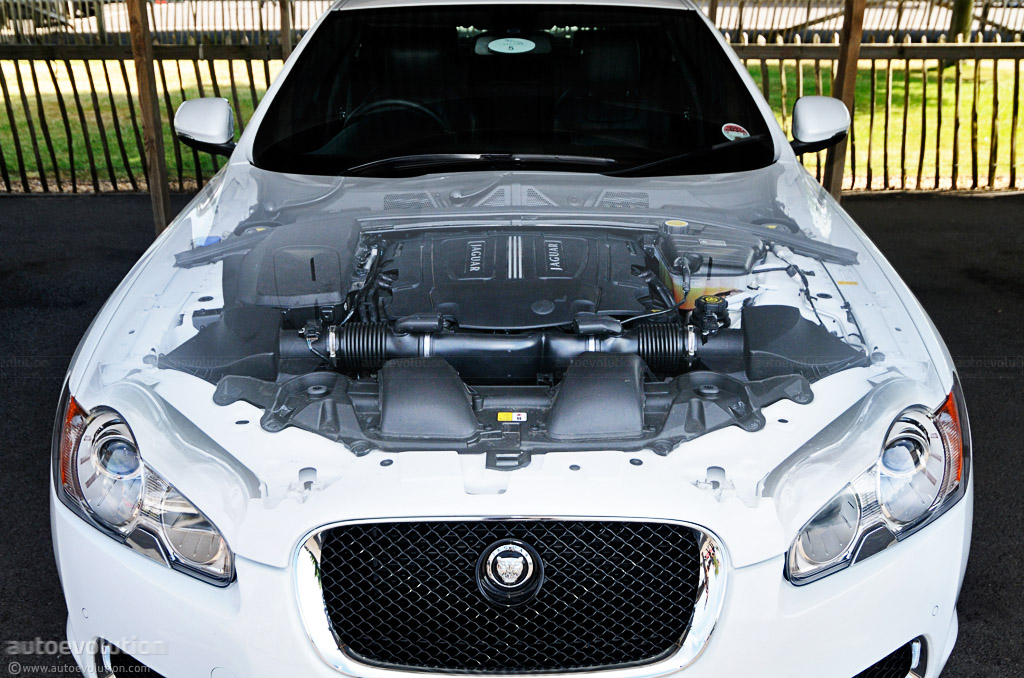 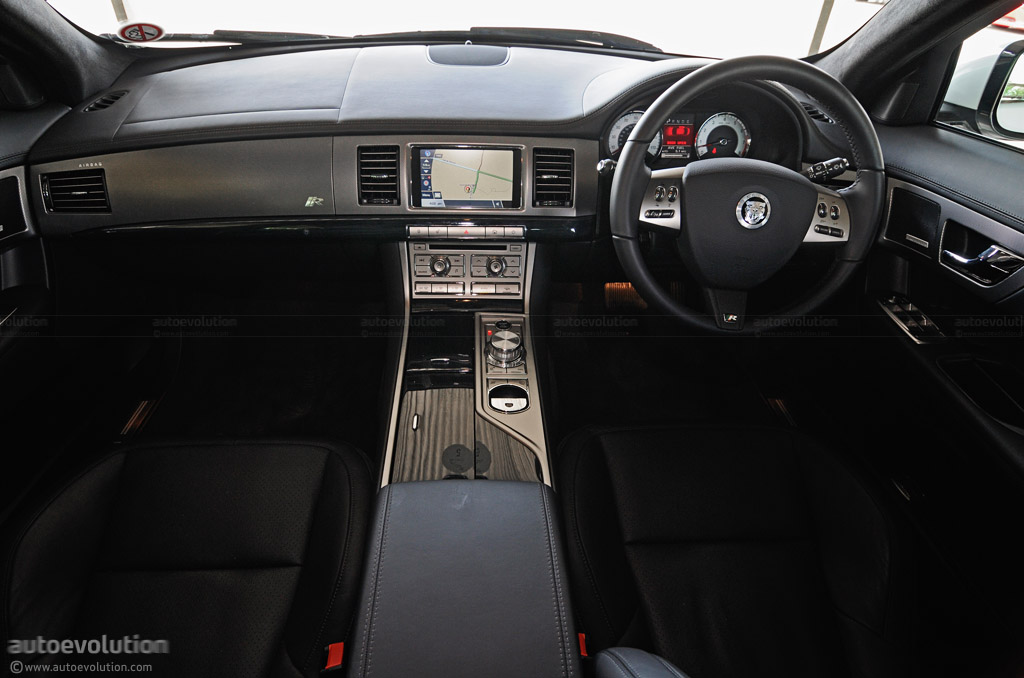 Speaking of beastly and of engines, the supercharged AJ V8 engine, or AJ133 GEN III R in official speak, is one of the coolest modern powerplants when it comes to the sound it makes. Although its much more toned down than the version found on the XKR, the four-tip exhaust is very close to a musical instrument for car lovers.

Again, compared with the much more extroverted XKR we also drove, the XFR is more about understatement. Everything, from the way it looks to the way it drives at lower speeds, makes you feel like you're the king of the hill, but you just don't want to show it. You know (and feel) that the power is there, at your disposal, but unless you press the go fast pedal more than one tenth of its total range it's as civilized as a regular XF.

When you do decide it's time to go a little faster, all hell can break loose. And all you have to do for that to happen is to slam on the accelerator pedal and hold on tight to the steering wheel. The rather large sedan underneath you will suddenly lurch forward like a feline in attack mode and the outside world will become blurry in just a few seconds. Because that's all it takes to reach highly illegal speeds in the XFR. 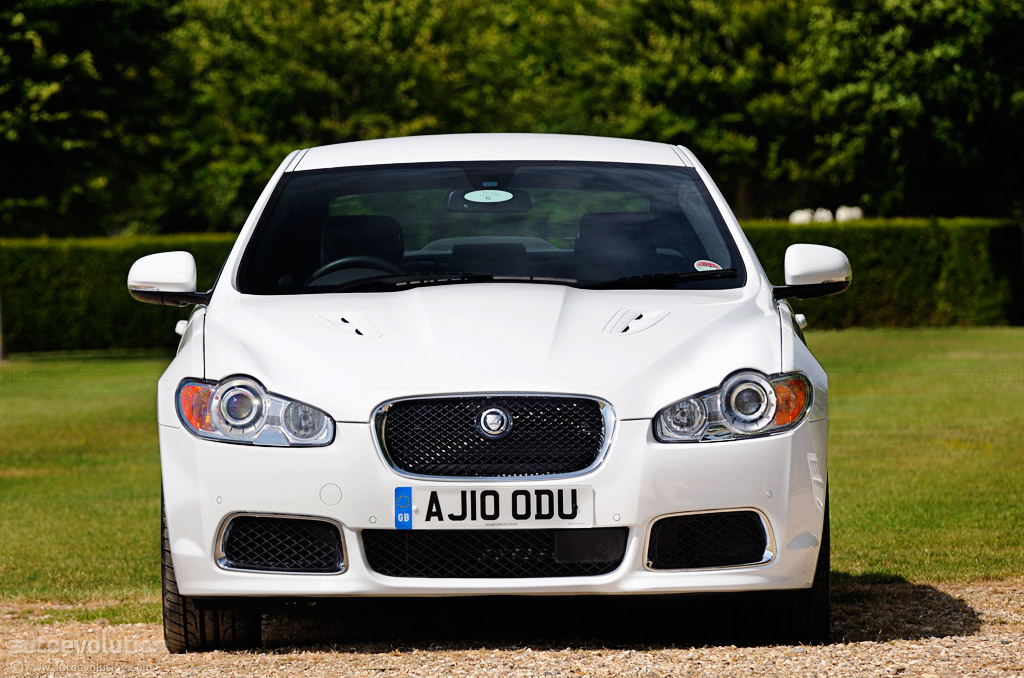 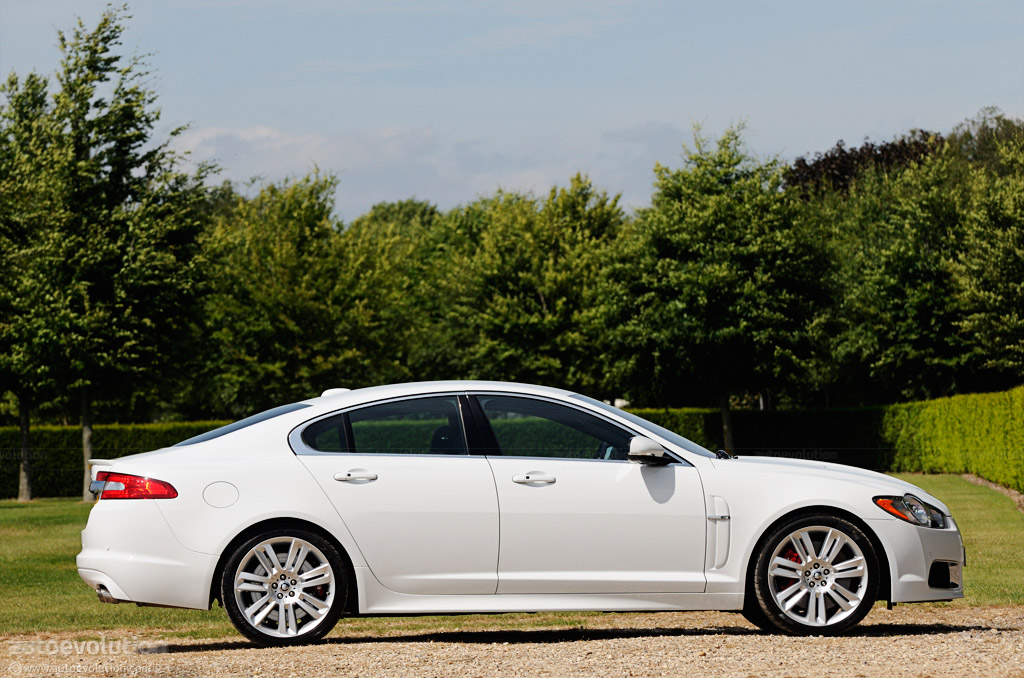 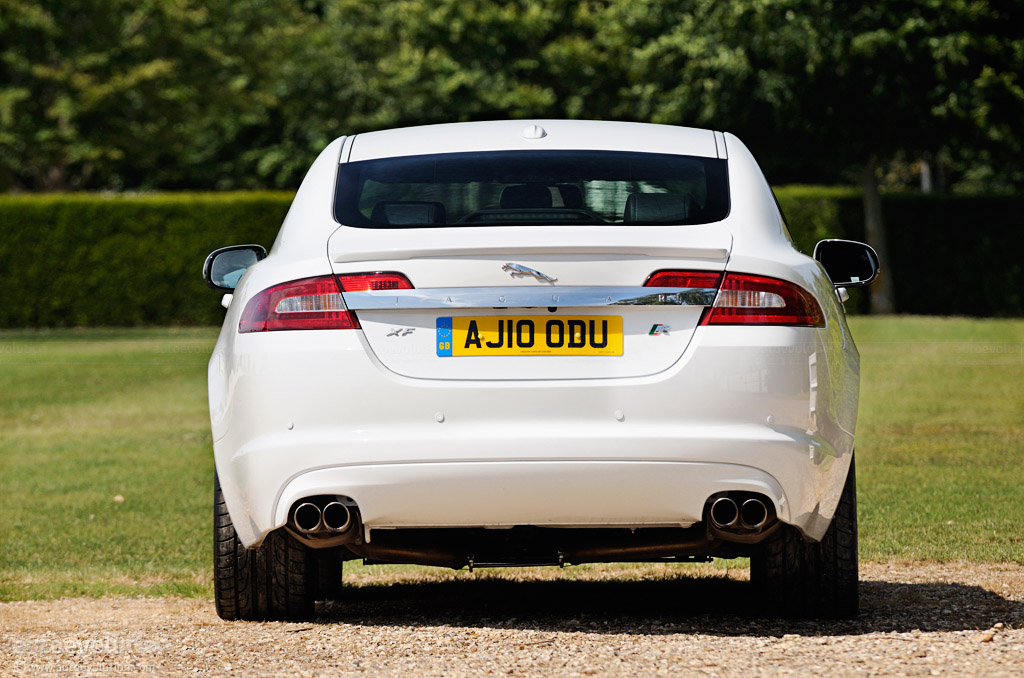 To make the "go fast" experience even more hardcore all you have to do is switch the gearbox into "S", which obviously comes from from "Sport", but we feel "Sudden" would be more appropriate. If you're in the mood for something even more outrageous, like tackling a race track with the same car you can park at the opera, than the "R" button will stiffen everything that needs stiffening, but mainly the suspension. By the way, we should mention that we also experienced the car on track at the Goodwood circuit, in England.

After that, it's like being in a totally different car, except for the aforementioned no-fuss, no-drama understatement. Which kind of makes the XFR jump into the same league as the best grand tourers on the planet. Because the Jaguar XFR can offer the best things from two completely different worlds in one single package: track-ready sports cars and serene luxury sedans. Even though it gives a "talk to the hand" sign to older sporty Jaguar sedans, the "effortless power" is still there, better than ever, and it would probably make Sir William Lyons proud of his legacy.