1 Dale Earnhardt: "The Intimidator" of Stock Car Racing
Car video reviews:
Up Next 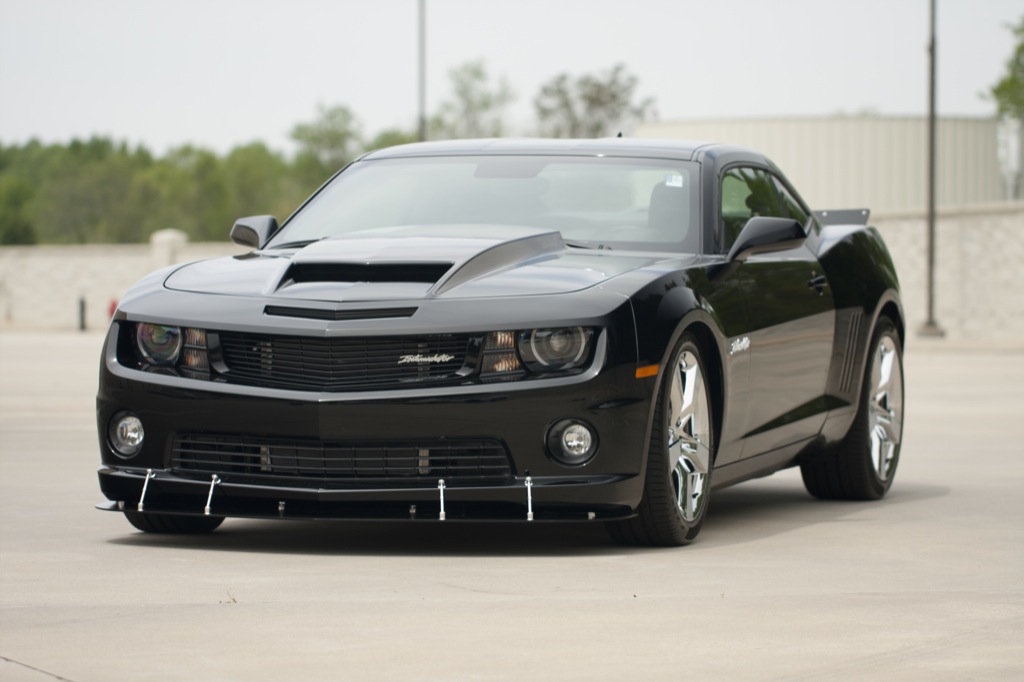 The Camaro is like a never-ending canvas for special editions and this latest creation coming from Dale Earnhardt Chevrolet of Newton, NC is a truly breathtaking one. Going by the name of Intimidator Camaro, the model follows in the wheel tracks of the 2001 Intimidator Camaro SS, and is powered by a heavily modified, supercharged V8 the produces an intimidating 704hp and 695 lbs-ft of torque at 11psi boost!

The mods list also include the suspension, chassis, exhaust system, brakes and fuel system.  It even sports a racing, Intimidator shifter that is built from one solid piece of aluminum, anodized black with a 3 on top, as well as an Intimidator logo down the shaft.

Production of the 2011 Intimidator Camaro is only limited to the company’s ability to produce them due to the complexity of their build. In terms of pricing, the historic editions cost $85,993, while standard editions cost $79,993.

“Power isn’t the only thing that will make this car monumental. Its appearance carries definite cues from the race cars that Dale Earnhardt used during his reign of Intimidation. Suited for the straights of the track but will easily own the streets, this car is sure to live up to its name and Intimidate everyone that spots it in their mirrors!” the company says.

Want to order one? Do it by following this link.