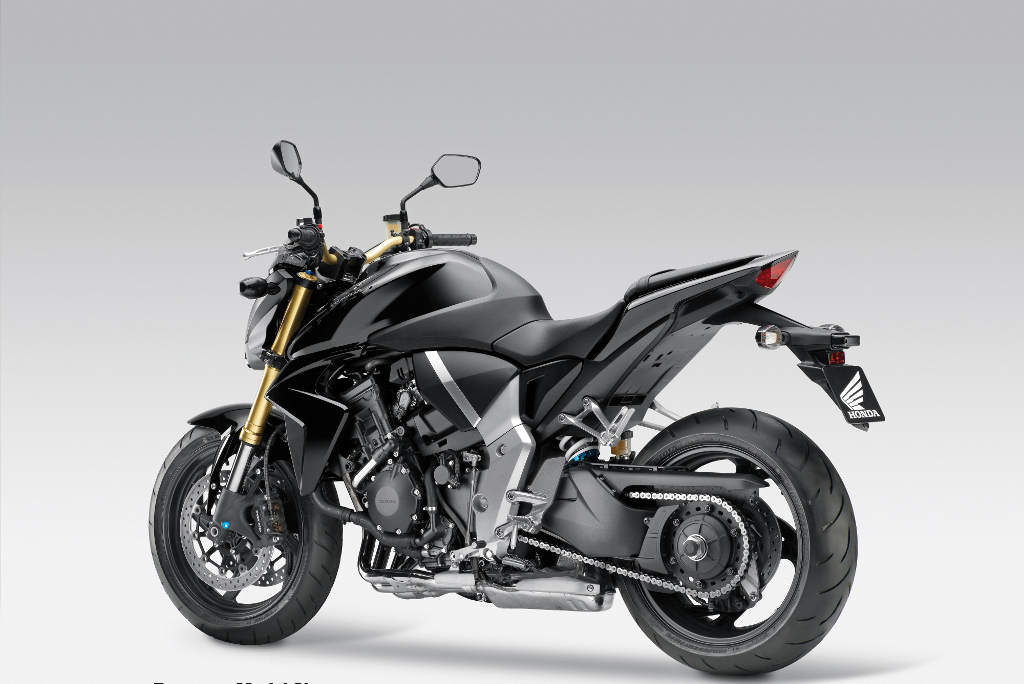 One of Honda’s latest 2011 models, the newly launched CBR250R, has already started arriving to the United States, with the first units being already taken to the photographer for their studio portraits. The "unboxing" of the CB1000R sportbike was filmed in sunny Carson, California, featuring an European model.

The sporty naked machine is powered by a CBR1000RR-derived 998cc inline four engine that has been tuned for low-end and mid-range power. Highlight of the new model include side radiator shrouds, fork-mounted cowl fairing, cast aluminum four-spoke wheels.

Performance figures have not been released but what we do know is that the bike meets current EPA standards. Models sold in California meet current CARB standards and may differ slightly due to emissions equipment.

"The CB1000R fills a great position in today's market as we now bring a very capable sport machine packed with high-performance features to riders who focus on street use—wherever and whatever their destination may be. Whether it's a quick trip down a favorite backroad, a weeklong ride through a few states, or anything in between, the CB1000R is versatile enough to do it all," said Powersports Press Manager Bill Savino.

The model will be available in the United States in Pearl Black beginning in Spring 2011. We’ll remind you that the Honda CB1000R MSRPs will be $10,999 (standard), with no ABS-equipped version available.

The model will be joined in American Honda’s 2011 line-up by the new entry-level CBR250R model, which will be available in Metallic Black and Red/Silver, and will retail for $3,999 (standard) and $4,499 (ABS-equipped version).