3 2011 Ford Explorer to Boost US Economy 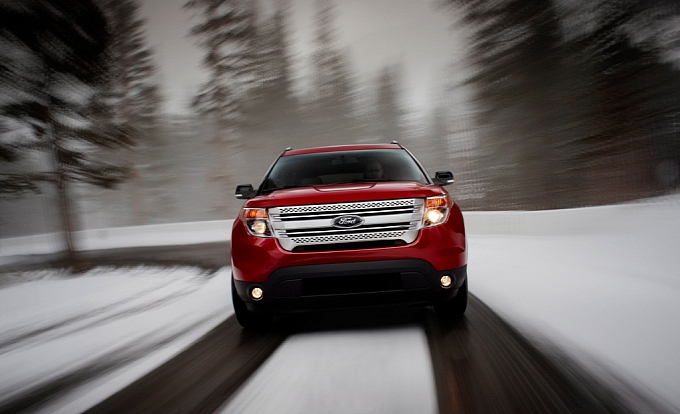 American manufacturer Ford revealed today another important characteristic of the newly launched 2011 Explorer SUV, scheduled to go on sale later this year. According to Ford, the SUV comes with an increased use of renewable and recycled content, such as parts made from steel left over from F-150 production.

“Ford has made tremendous strides, not only in improving fuel economy in the new Explorer, but also in using more environmentally friendly materials,” said Jim Holland, chief nameplate engineer. “By offering better fuel efficiency in an overall greener package, we’re offering our SUV customers an appealing and sustainable product.”

The reuse allows Ford to reduce its use of virgin steel by an estimated 119 tons for one year of production. The 2011 Explorer also uses bio foam and recycled fabric on the inside, which makes it 85 percent recyclable.

“By increasing the use of recycled or renewable content in our vehicles whenever possible, Ford is helping reduce waste to landfills by millions of pounds – and the new Explorer is no exception,” said Amy Marentic, group marketing manager, Ford Motor Company. “We believe customers will value these green features, as they help the environment without sacrificing the Explorer’s capability, utility and safety.”

“When we asked Explorer customers what they wanted from the 2011 vehicle, they asked for the freedom and empowerment Explorer has always delivered, with improved performance and significantly increased fuel economy,” Marentic said. “And that’s exactly what they will get with the 2011 Explorer.”