4 Ducati 848 Race Series Launched in the UK
Car video reviews:
Up Next 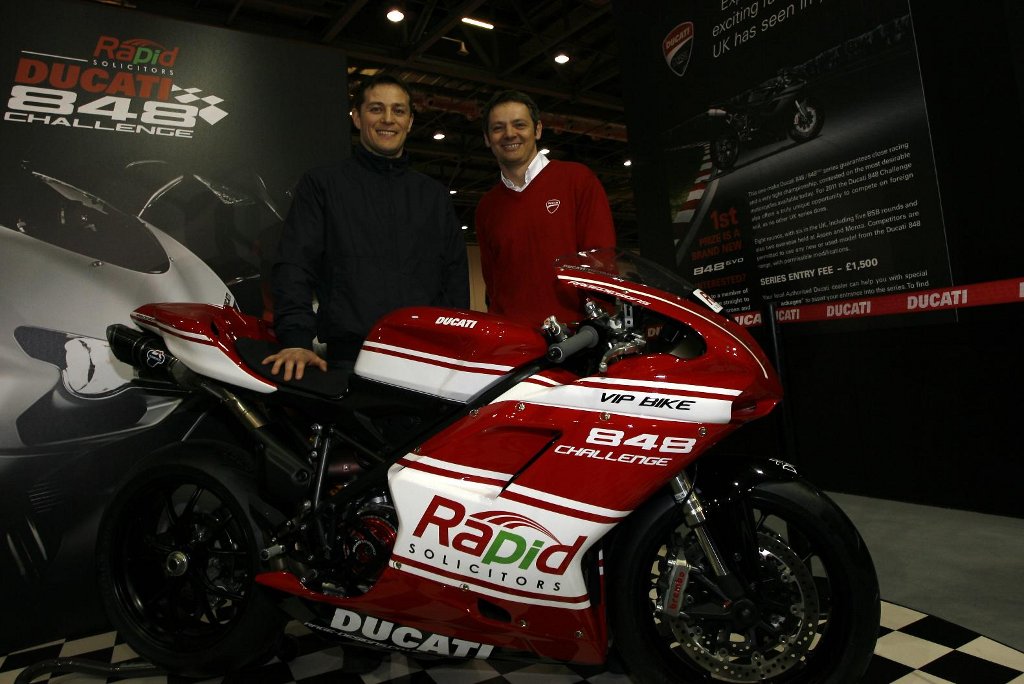 The British division of Ducati announced today that Rapid Solicitors, a nationwide accident compensation company, will be the headline sponsor for this year’s 848 Challenge. The series will consist of eight rounds and sixteen races taking in five British Superbike rounds, a further round at Castle Combe and two overseas rounds at Assen and Monza.

Rapid will also be sponsoring the Ducati-powered Ridersmotorcycles.com British Superbike team and the BSB Championship itself.

"We are all looking ahead to an exciting forthcoming season of the Ducati 848 Challenge and I am delighted to have such an active and involved sponsor as Rapid Solicitors becoming part of the series," Ducati UK Managing Director Tim Maccabee said in a statement for the press.

The provisional grid of the Ducati 848 Challenge currently comprises up to 22 riders, but there are still almost three months to go before the first round. Some of the teams that already confirmed their participation in the series include Moto Rapido Racing, P & H Motorcycles, Ducati Manchester and JHP Racing.

The winner of the Championship will collect a new 848 Evo in the Dark Stealth livery as well as a 2 day course at the California Superbike School. Other prizes include a Bianchi Race Bicycle, Ducati Performance Vouchers, testing with a BSB team and other prizes soon to be announced.

The Challenge will also offer a race package that will include the series registration within the price of a new 848 Evo (2010 SRP GBP9,995/$15,730 for Dark Stealth version).