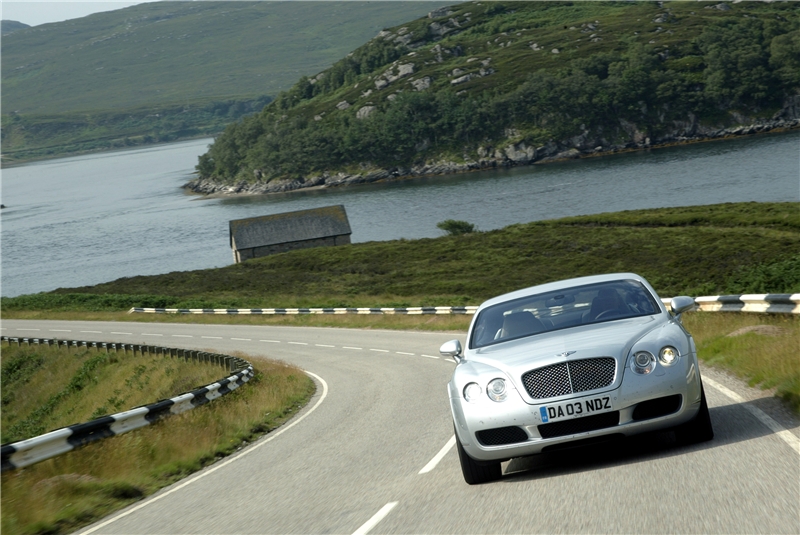 Although the next-generation Continental is expected to arrive in early 2011, Bentley is already giving us a glimpse into how the future product will look live along with a bunch of early specs regarding the model.

Motorauthority.com writes that the new Continental range will come in multiple flavors, as it follows: GT Coupe scheduled to arrive in early 2011, Flying Spur sedan one year later, GTC Convertible in 2013 and the popular Speed variants in early 2015.

Unfortunately, only little is known at this point but the new range is likely to rely on major changes to improve fuel economy and CO2 emissions. First of all, the model will probably feature a more aerodynamic body mixed with all kinds of lightweight materials to reduce overall weight and improve engine performance.

The aforementioned source adds that the new 4.2-liter V8 turbodiesel engine developing 375hp (280kW) will represent the most important addition to the engine lineup, together with a an upgraded variant of a W12 unit developing around 580hp (432kW) and 515lb-ft (697Nm) of torque. The top models, and count here the Speed flavors, will probably get 650hp (485kW) engines.

"I would rather derive, the next Continental coupe from a future Audi A5 than let the company go under. In that case, a twin-turbo V-6 might be an appropriate engine," Bentley Chairman and CEO Franz-Josef Paefgen stated, explaining that the future Continental range may share some parts with certain Audi models.

Talking about pricing for the next-generation Continental is quite a waste of time taking into account that it will arrive in early 2011 but rumors surrounding the model claim it will be sold at around $200,000.