5 DC Shoes Sponsors Monster Energy Supercross for 2011
Up Next 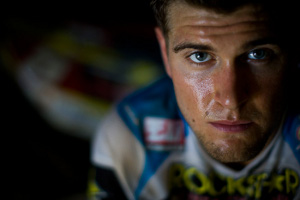 With the 2011 AMA Supercross Championship set to start in less than one week from now, fans have already began making predictions on who is likely to win this year’s title. At least four heavyweight SX contenders will be entering the premiere 450 class this weekend, three of them unable to complete the 2010 series due to injuries.

In 2010, Ryan Dungey (Rockstar Makita Suzuki) has had a Supercross Championship during his rookie season, a motocross title, and a win for his role on Team USA at Motocross of Nations. As a defending champion, he will have to watch out for his three main competitors, James Stewart, Chad Reed and Ryan Villopoto.

James Stewart (San Manuel Yamaha) suffered a broken wrist after crashing with Chad Reed, in the Phoenix leg of the 2010 supercross, causing him to withdraw from the series. Despite the fact he is a truly fast rider, Stewart revealed that he no longer possessed the same motivation to win Supercross as he had in the past.

Chad Reed (Team Two Two Honda), a two-time supercross champion and third best on the all-time history books, is now a a first-time privateer, running his own team. He believes he will take home the championship and that he is back to 100%, but we’ll just have to wait and see.

Finally, Ryan Villopoto (Monster Energy Kawasaki) is currently the only rider to ever beat James Stewart. Despite breaking his leg in a crash during the 2010 season, he is said to be back in great shape, with a healed leg, which makes him a serious contender for the 2011 title.