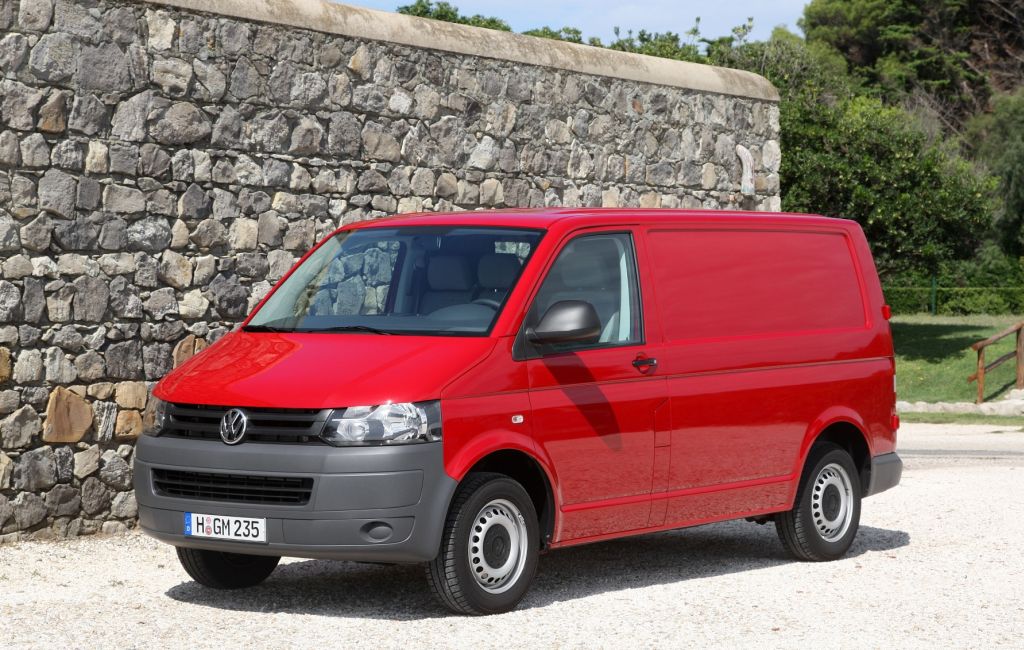 German carmaker Volkswagen announced today the 2010 model year of its Transporter van is available for order in the UK, with prices starting from £15,700 (excluding VAT). The van will hit the showrooms in January 2010 and comes with new styling and better engines.

The van will be powered by no less than four different 2.0l four cylinder engines, all common rail TDI with "greater power and torque levels than the outgoing engines" as the manufacturer says (read outputs in between 84 and 235 horsepower). The unit can be paired with Volkswagen's seven-speed DSG transmission.

The options offered for the facelifted Transporter extend with a tire monitoring system, cornering light incorporated in the front fog light and the now all-present reversing camera.

On the inside, the driver will be able to make use of gadgetry which includes hange indicator on the new instrument panel, radio/CD with an aux-in adaptor, touchscreen satellite navigation system with 30 Gb hard drive and a multi-function leather steering wheel.