1 Volkswagen Feels the Recession Too

4 Volkswagen Unveils Profit in Q1
Car video reviews:
Up Next 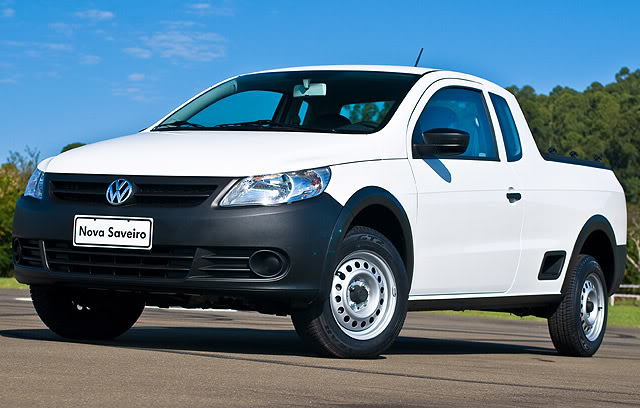 Volkswagen recently launched the 2010 Saveiro, a pickup designed and produced in Brazil that competes with other well-known models, including Chevrolet Montana and Fiat Strada, or even with cheaper vehicles such as the Dacia Logan Pickup.

There is a single engine across the range with two different outputs, autoblog.it reported, and, even if it is not offering a high displacement, it's still powerful enough to help the car - and the driver - conduct some heavy duty tasks. For example, the 1.6-liter VHT (which stands for Volkswagen High Torque) generates 101 horsepower when powered by gasoline and 104 horsepower and relying on ethanol.

The new pickup will be offered in three different trim levels, a 1.6l, 1.6l Trend and 1.6l Trooper. The entry versions is the 1.6l which comes with a limited number of features, including unpainted front and rear bumpers, plus poor interior equipment. The Trend flavor adds body-colored bumpers while the top-of-the-line Trooper comes with all features across the range in both the exterior and the interior.

Based on the less-known Volkswagen Gol (not to be confused with Golf), the Saveiro is one of the models manufactured by the German brand and exclusively addressed to South American markets. In case some of you are wondering whether the parent company is planning to bring the pickup in other markets, it would probably not happen as the car is only addressed to emerging markets in which it is meant to compete with cheaper models.

Pricing details and the full list of specifications for the new Saveiro are to be released in the next few days.