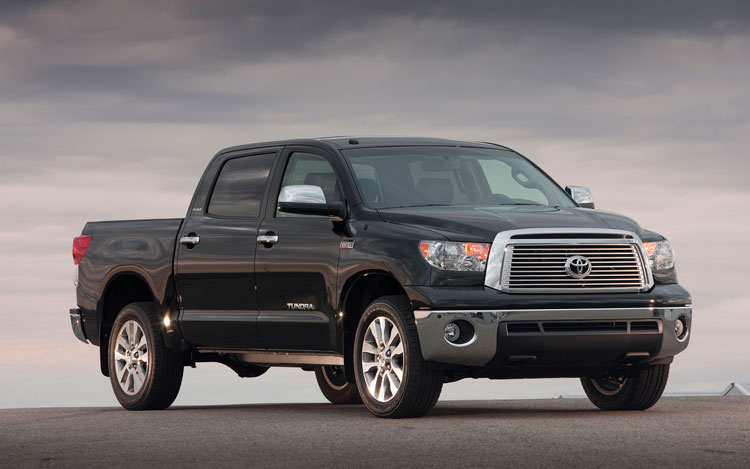 The Chicago Auto Show is under way, bringing with it new car models, new engines or facelifts on a daily basis. Without having a press conference scheduled for the Show, Toyota quietly reveals its plans for the years to follow.

The 2010 Tundra will offer a Platinum Package that will be available on 2010 Tundra CrewMax limited models, equipped with the 5.7-liter V8 and Flex Fuel powertrains. The package contains a vast assortment of features that make the CrewMax Limited virtually monospec and will carry a manufacturers suggested retail price (MSRP) of $5,140. The package also contains a power tilt and slide moonroof, navigation system, ventilated seats, wood trimmed shift knob, and headrests with a Platinum logo.

The Tundra Work Truck Package will be available on Tundra 4x2 and 4x4 Regular and four-door Double Cab models in standard and long bed configurations. It will be available with a V6 or one of two V8 engines including Tundra's powerful 381 horsepower 5.7-liter i-Force V8, with a towing capability of up to 10,800 pounds.

The new Tundra will be available for purchase in April, but no official pricing has yet been announced for the new model. Toyota says it will release pricing in the following weeks. As a comparison, the 2009 Tundra starts at $22,490.