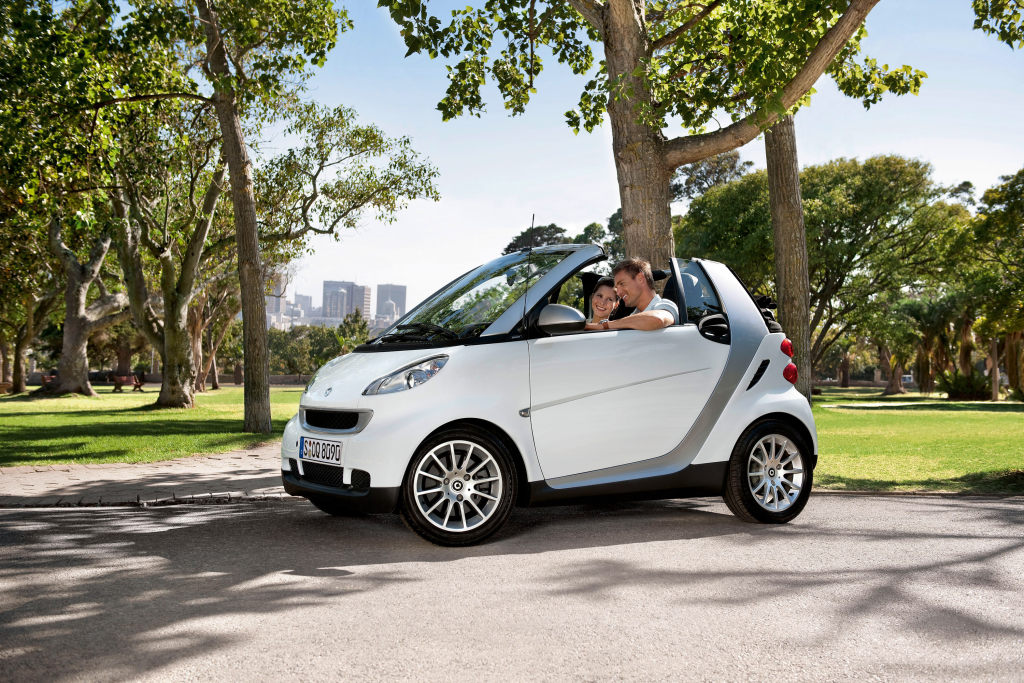 smart is preparing the launch of its 2010 fortwo cdi model with a clean, new and more efficient diesel engine. The three-cylinder 0.8-liter diesel engine will deliver 21 percent more power and 18 percent more torque.

The increase in power will not affect its fuel consumption, the 2010 smart fortwo cdi returning just 69.18 mpg (3.4 l/100km). As before, the smart fortwo cdi will continue to keep its leader position when it comes to CO2 emissions, the car releasing just 88 grams of CO2 per kilometer.

Besides this, all the fortwo versions from the model year 2010, including the cdi and the Brabus variants, will comply with the EURO 5 emissions standard.

With the current global demand for small and efficient cars, smart believes it has the right car at the right time. With its small proportions and unbeatable fuel efficiency, the 2010 smart fortwo aims to attract more consumers from the environmentally aware segment as well as from the urban sector.

The smart fortwo features optional equipment like hands-free system with color display and extensive multimedia functions, Bluetooth interface, voice control and iPod connectivity can also be chosen as options. Prices are announced at 11,790 euro for the pure equipment line.