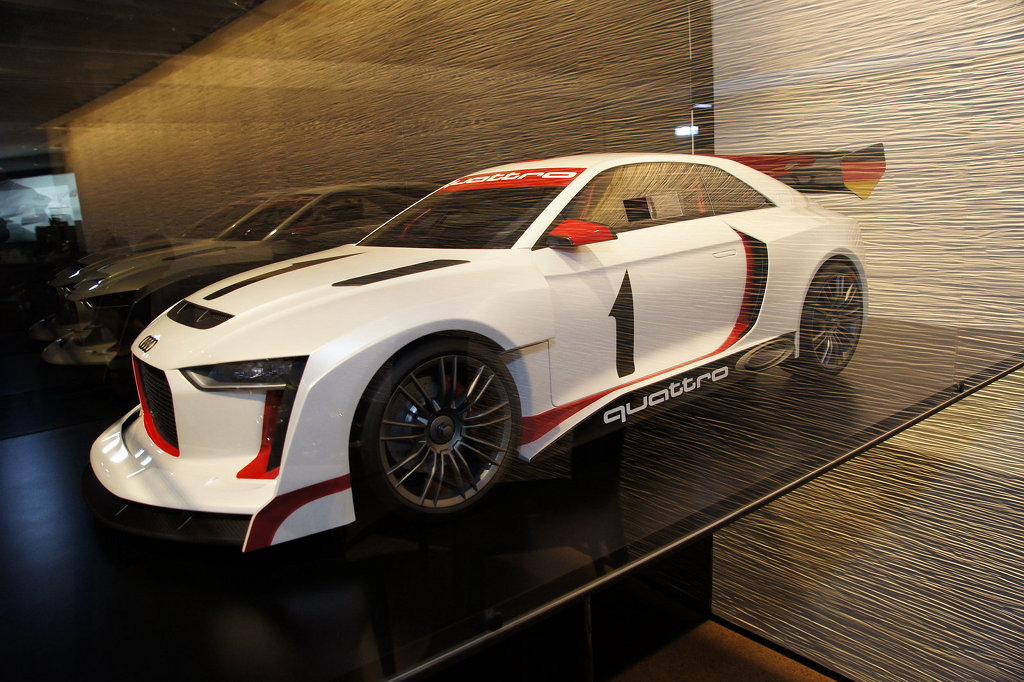 The Audi Quattro concept presented at the 2010 Paris Auto Show is a stunning creation, as it is both a top engineering creation and a design masterpiece that has sent fans (and not only) sky-high.

However, Audi decided that it must take the game to an even higher level in order to offer a proper tribute to its quattro system.

The company’s booth also features a prototype of a rally-destined incarnation of the Quattro Concept.

The racer comes with a set of exterior features that aren’t present on its “civilian” sibling and are aimed at offering a high level of downforce. At the same time, the new parts offer the vehicle a menacing look. We are talking about a generously-sized front lip spoiler, wide front and rear fenders, a ventilated hood, a massive rear wing that features the German flag on its sides. In addition to that, the car has also been fitted with polycarbonate racing windows that keep the weight down.

The car seems to be using the same 20-inch alloy rims as the standard model, if we can really call the latter so.

It is unclear whether the Quattro rally tribute (we’ve decided to offer it this name) uses the same powerplant as the concept introduced earlier. We’ll remind you that the latter is powered by an evolution of the TT RS’ 2.5 liter in-line five-cylinder units. This delivers 408 hp and a peak torque of 480 Nm (354 lb-ft), allowing the car to fly past the 62 mph mark in 3.9 seconds.

We can’t help it wonder if Audi is actually trying to tell us something about its future here...