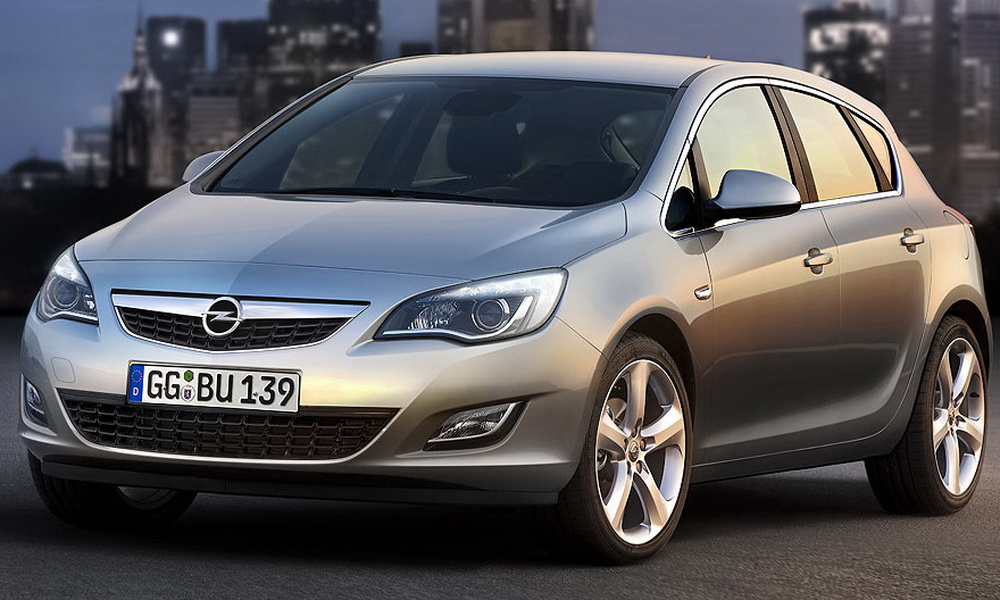 After several spyshots and unofficial photos have surfaced in the last few weeks, here are the first official images with the upcoming 2010 Opel Astra that will go on sale sometime next year. According to General Motors, the car is going to make its official debut at the upcoming Frankfurt Motor Show in September.

According to a press release issued today by the American company, the car will be offered with a choice of several new engines, including 1.4- and 1.6-liter turbocharged petrol units.

Specifically, the European version will include both gasoline and diesel units, with the entry-level equipped with a 1.4-liter naturally-aspirated configuration. A 1.6-liter Turbo powerplant developing 180 horsepower is also available. Fuel consumption is one of the main attributes of the refreshed Astra range, with the 1.4-liter unit capable of achieving a saving of up to 8 percent compared to the naturally-aspirated 1.6 unit offered on the current-generation Astra.

Diesels are also included in the range, with the 1.3-, 1.7- and 2.0-liter turbocharged powerplants developing a maximum output of 95 to 160 horsepower. Furthermore, Opel might also launch an ecoFLEX configuration a few months after the official launch of the model.

Similar to the current-generation Opel Astra, the revised model will be offered in a five-door bodystyle, with a three-door configuration likely to join the range a few months later. An OPC flavor is also expected, as well as a four-door sedan and station wagon in late 2010 or early 2011. A coupe-cabriolet with a retractable hardtop is also on the table but, given the current market conditions, don't be surprised if it's going to bite the dust even before entering production.