Having 3 years of history behind the current generation Nissan Skyline, a fact which began taking its toll of the consumers' appeal for the car, the Japanese carmaker decided to throw onto the market a revised version of both the sedan and coupe Skylines, with modifications brought to both the exterior and interior, as well as to the performance of the vehicle. For the sedan, Nissan went for a more masculine look, adding a new grille, bumper and headlamps. The fog lights have been moved down to the bumper, to give the car a more aggressive feel. Nissan also added 17-inch aluminum-alloy wheels. To the 370GT Type SP, 370GT Type SP, 250GT Type S versions of the sedan, Nissan decided to add a special wider, low-centered body design, with an unique grille, front bumper, headlights, rear bumper and use of black trim for the inner headlamp panels. 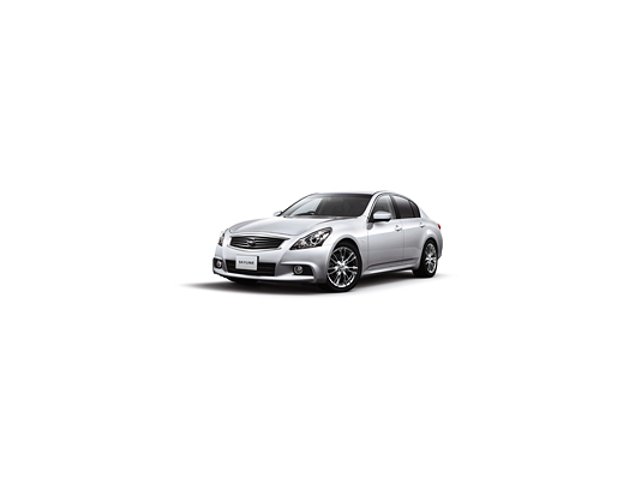 The interior changes, also available for the coupe version, include the redesigning of the center console, the use of new soft materials, the addition of white illumination for the vehicle information display and instrument indicator and standardized lettering for speedometer and tachometer.

Both body versions of the Skyline come with HDD Carwings navigation system, built-in digital terrestrial broadcast tuner and USB connections for iPod, as well as an intelligent air-conditioning system.

From the performance standpoint, Nissan has made available a 7-speed automatic transmission for the 2-wheel drive Skyline Sedan equipped with the 2.5l V6 engine.