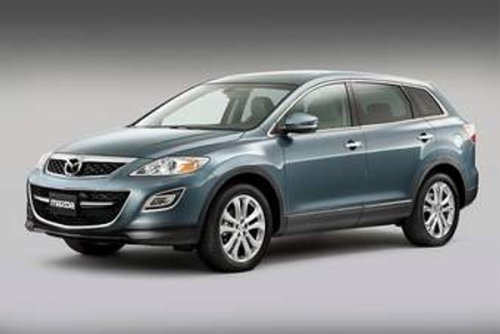 Mazda will come to the next month's New York Auto Show set on making a mark on the American market. As other Japanese manufacturers are doing surprisingly well on the respective market, giving the current economical climate, Mazda hopes to get a piece of the action with its new models.

The New York Show will host three Mazda debuts: the world premiere of the CX-9 crossover and the local debut of the 2010 Mazdaspeed (after first being unveiled in Geneva) and the 2010 CX-7, autoweek.com reported.

The new CX-9 is nothing more than a facelift of the previous version. The new five point grille added on the CX-9 is the one already used on the RX-8, MX-5 and Mazda 3 and is embellished by the use use of redesigned headlights and fog lights.

Details of the new crossover are yet sketchy, but Mazda CX-9 is expected to benefit from increased rigidity and revised suspension. Engine specifications were not released, but as was the case with the 2008 upgrade, you should expect some new engine performances and fuel saving technologies.

As we reported at the end of February, the CX-9 got a bit of an image blow, as Mazda recalled 30,600 units of the vehicle, produced in between 2007 and 2009, due to faulty power seats. Repairs of the recalled vehicles began on March the 9th, free of charge.

The Japanese manufacturer also announced yesterday that it will be introducing on the CX-7, one of the other vehicles to be presented in New York, an urea selective catalytic reduction (SCR) system that reduces the amount of nitrous oxides (NOx) generated by diesel exhaust gases.