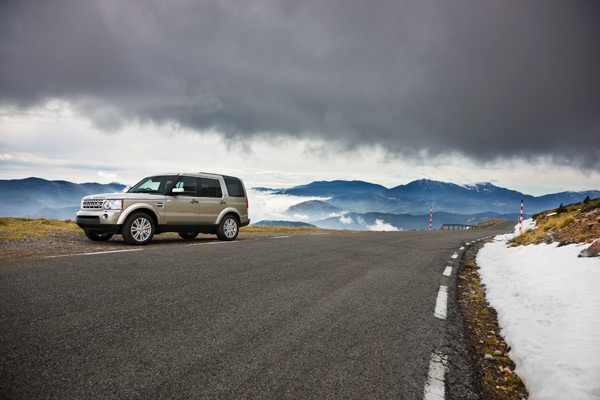 Marketed as the most capable Land Rover ever, the LR4 has just made its official debut ahead of the New York Auto Show that will witness the first public display of the car. Compared to its predecessors, the new Land Rover boasts upgrades in almost every single area, including engineering, exterior and interior. Before rushing into details, you should probably know that the new car is expected to go on sale later this year or in early 2010.

Power comes from a 5.0-liter LR-V8 engine, "one of the most advanced engines every built", as Land Rover said in a statement for the press. This configuration develops a maximum power of 375 bhp and 375 lb-ft of torque, exceeding the overall outputs of the previous 4.4-liter V8 unit by 25 and 19 percent respectively. The engine is mated to a 6-speed automatic transmission, especially optimized for increased economy and reduced emissions.

“Our new 5.0-liter V8 was conceived from the onset with Land Rover models in mind. Designed with the emphasis on low-end torque, it is particularly suited to the LR4’s wide range of capabilities both on and off road,” said Engine Group Chief Engineer, Malcolm Sandford.

Exteriors have been upgraded with a wide array of elements, including a new and more aerodynamic bumper, LED lights in both the front and the rear, revised front lower chin spoiler 19-inch wheels and advanced tire optimized for rolling resistance and improved tire wear.

New seats, revised dashboard an center console as well as a portable audio interface with HD radio greet the driver when getting in. Other interior highlights include a five-camera "surround system" as well as a Keyless Entry and Push Button start system.

"The new interior not only has a much more premium look and feel, it's also gained improvement to its functionality. The new console inclines towards the driver, the switchgear and controls fall more readily to hand, and new LED ambient lighting helps make the cabin a more pleasant and more easily used space after dark. We've made the interior environment more premium too, with smoother surfaces, softer materials and close attention to critical details such as stitching," says Gerry McGovern, Land Rover Design Director.

Offroad capabilities are enhanced with the help of Dynamic Stability Control plus Land Rover's advanced Terrain Response and Hill Descent Control that optimize the vehicle settings for a either off-road or on-road conditions.