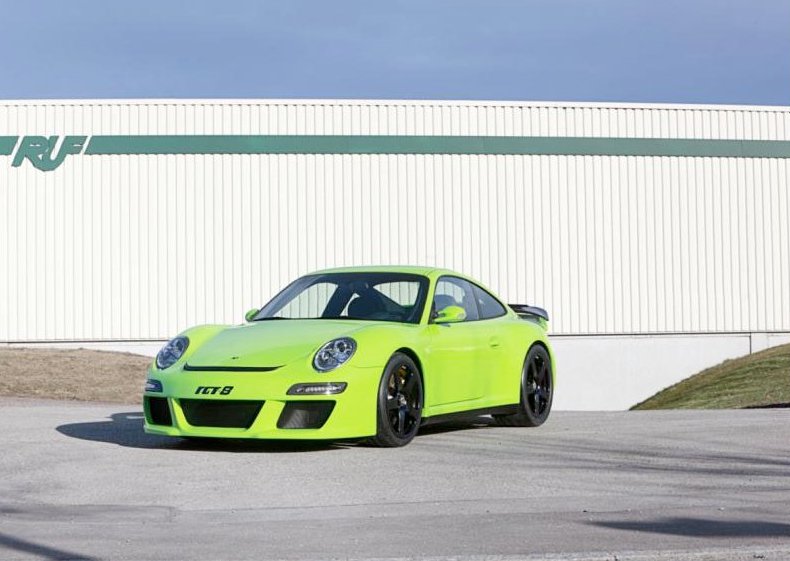 The German tuner RUF has brought a bespoke incarnation of the Porsche 911 to the Geneva Auto Show, the RGT-8.

Unlike most tuned 911s, the RGT8 doesn’t use a 911 Turbo engine on steroids... in fact it doesn’t use any Porsche powerplant, as RUF has fitted the supercar with an in-house developed V8 unit. The 4.5 liter engine has a compact design and offers 550 HP at 8,500 rpm and 500 Nm of torque at 5,400 rpm. Thanks to its innovative construction, the unit weighs less than 200 kg. It features a dry-sump lubrication system, that is effective under all driving conditions.

The RUF V8 is mated to a 6-speed manual gearbox that features shortened shift movements and sends the power to the rear wheels. The RUF RGT8 rides on 19 inch RUF forged allow wheels that use a single central retaining nut and are wrapped in Michelin Pilot Sport Cup tires.

The supercar uses a ceramic braking system that is able to provide adequate stopping power in any conditions and is fade-free.

The V8-hearted 911 uses a bespoke front fascia and new front fenders. RUF says that the elements borrow their design from the 550 Coupe that won the 1953 Le Mans race. The car’ s front hood and doors are made from aluminum, while its engine hood and rear spoiler are made from carbon fiber.

The vehicle’s interior features a new sport seats and a full roll cage that increases the car’s rigidity and offers a high level of safety. In addition to that, the dashboard has been fitted with new components.

The RUF RGT-8 is scheduled to enter production next year