3 Harvick Set to Remain in NASCAR With RCR
Car video reviews:
Up Next

Toyota Revs Up for Goodwood Festival of Speed 2010 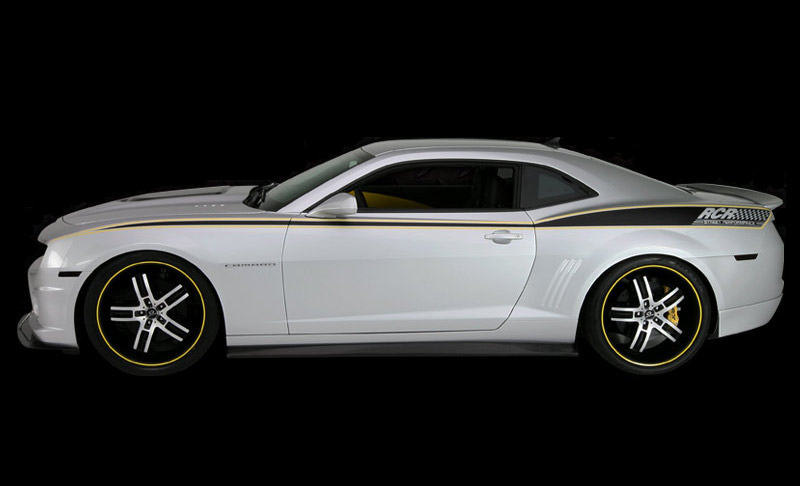 The RCR Street Performance Group had just unveiled their own special edition 2010 Camaro SS, built by using track experience, the same that benefits NASCAR team Richard Childress Racing (RCR). This is the first of many models to be modified by the race shop and made available to consumers.

Improvements brought to standard vehicle include a carbon fiber body kit to increase downforce and performance, a completely reupholstered interior using the iconic colors of motor oil manufacturer Pennzoil and RCR, and a completely revamped suspension and supercharged engine.

The car will be offered in Pennzoil’s "Get Your Key to Clean" promotion, which runs through July 31, 2010. On the weekend of October 16, 2010, five finalists will be presented with a key ahead of the NASCAR Sprint Cup race, one of which will start the engine of the RCR Street Performance Camaro SS. The finalist with the key that starts the engine will win the car.

“The RCR Street Performance 2010 Camaro SS project is an opportunity that translates more than 40 years of RCR racing knowledge to the neighborhood garage. Only three of these high-performance street cars will ever be built, so the winner of the Pennzoil 'Get Your Key to Clean' sweepstakes will end up owning a piece of history," said Richard Childress, president and CEO of Richard Childress Racing.

"Through the Pennzoil 'Get Your Key to Clean' promotion, the folks at Pennzoil have provided an exciting opportunity for one lucky race fan to win a very special street car," added Childress.

You can enter the sweepstakes just by accessing the following link.