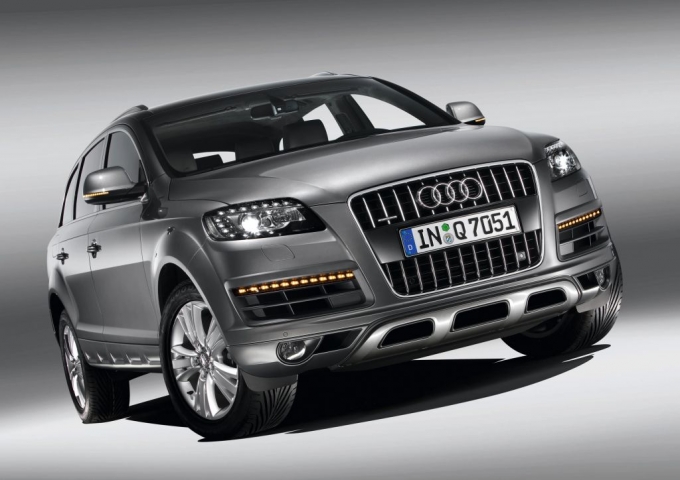 German carmaker Audi has just announced availability and pricing for the redesigned 2010 Q7 models, unveiled some four months ago. The new models, scheduled to arrive in U.S. dealerships in September 2009, feature several upgrades over its predecessor, including styling enhancements and improved engines.

As we said in a previous report, the 2010 Q7 doesn’t bring too many exterior improvements, except for the slightly restyled grille with chrome accents, new wheels, redesigned bumpers and minor modifications to the side sills. The Q7 SUVs now offer standard LED taillights with available LED turn signals and daytime running lights.

Moreover, Audi differentiated the models with the help of the body scheme and brought contrast paint on the Q7 3.6 quattro, full body paint with Chrome package on the Q7 TDI quattro clean diesel, and S line treatment on the Q7 4.2 quattro.

As for the interior enhancements, the 2010 Q7 lineup includes optional ventilated front seats, a new decorative inlay on the passenger side of the dashboard, additional ambient lighting on all four doors, an upgraded MMI system, additional interior chrome accents, and a new instrument cluster.