5 Dieselgate-Affected Volkswagen Owners Warned By Judge Not To Part Out Their Cars
Car video reviews:
Coverstory

20-Year-Old Van Hides Big Turbo and 300 Horsepower Under Its Hood, Is Quick

The world of tuning has many possibilities, and with certain vehicles that share platforms with others, there are many off-the-shelf options. With such elements, it gets easier to achieve high horsepower figures without too much trouble. Thus, some interesting projects emerge.
6 photos

Have you ever wondered how fast a 20-year-old van can be? If you are not its driver, and you do not get passed by one, you probably never have. While it is a consensus that white vans are faster on the road, as they are company-issued ones and will be driven to within an inch of their life, this example goes to show that things are not like that.

Someone from The Netherlands fitted a big turbo kit on a 2001 Volkswagen Caddy. Naturally, the vehicle received more than just a turbo and the corresponding ECU tune, but we will stick with what we know for sure.

The vehicle is fitted with a 1.9-liter TDI engine, and it would be an understatement to say that the power plant is common in Europe. It was everywhere, and many examples are still used today.

Over the past two decades, people have tuned these engines, and some have obtained high horsepower figures while also maintaining relative reliability. In other words, their vehicles could deliver around 300 horsepower, and these got to be reliable if they were not redlined or raced as if they were in a weird, diesel-only version of the Need for Speed game franchise.

With a “recipe” for 300 horsepower that can be applied to many 1.9 TDI engines, people have started going wild with project cars over in Europe. With about 3000 euros (ca. $3,400) for parts and specialized labor, along with a dash of "elbow grease," someone can get 300 horsepower from a 1.9 TDI engine and not have to fabricate too many custom parts.

The turbo kit itself is half the budget we estimated above, and several tuners sell it in versions that have adapted the wastegate to work with a vacuum control, and many sell them already welded to a 1.9 TDI exhaust gallery.

According to estimates made by various tuners, a 1.9-liter TDI engine would need almost 35 PSI (ca. 2.4 bar) of boost to provide around 300 horsepower. The result will depend on the engine's specification, condition, tune, and on the other components used for this upgrade, so do not think that pumping up the boost to that level will guarantee anything.

It is the closest thing possible to a bold-on, off-the-shelf part, and it is easy to find a big intercooler kit, adequate injectors, and other components that are vital to making a project like this come to life.

Those who already know what they are doing can get the project done for even less than what we estimated. Going for second-hand parts will bring the budget even lower, but that might not have the best possible outcome if pushed to the limit. 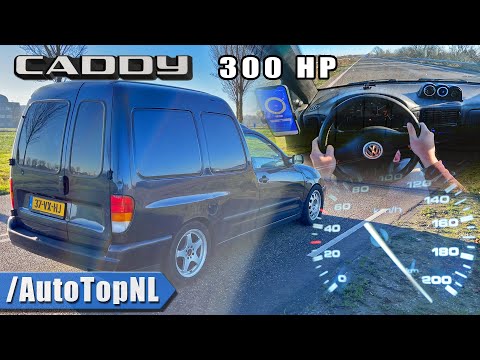