3 1999 Toyota Altezza Comes With Six Cylinders and a Big Turbo, Is a Real Sleeper

Volkswagen Transporter T6.1 Sportline Is the $60,000 Golf GTD of Vans

There are several truly memorable drift moments in the history of the sport. One of those moments is when Daigo Saito went airborne at Ebisu while going sideways, at ridiculous speeds. There's also that really old video of Kawabata doing a backward entry in his Nissan, but seeing Daigo jump in his large JZX100... that's burned into my memory forever.

And I can't deny that I've longed for a Chaser JZX100 myself. You can make 500 horsepower relatively easy, and given the longer wheelbase, it's not going to be as twitchy as an S13, for example. I've tried drifting an S13 at Anneau du Rhin several years ago, a car that belongs to my pro drifter friend Philippe Guillod, and I spun several times throughout the track. On the other hand, I've found the BMW 3 Series E46 to be much more controllable.Choose your weapon!
And it just happens that the Chaser JZX100's wheelbase is quite similar in length to that of the BMW 3 Series E46. While the Chaser sits at 107.48 inches (2,730 mm), the 3 Series' wheelbase is 107.3 inches (2,725 mm). That means that the way the car moves will be more predictable during the transition, although it might not look as aggressive as it would with a car that has a shorter wheelbase.

But back to Tobias Welti's Chaser. You might remember his Nissan PS13 that we talked about some time ago. It seems that his love for these big saloons has its roots in his days spent in Japan, where he had the same make and model as a practice car at the Ebisu circuit. You can't just go to the place where drifting was born and not fall in love with the vehicles they're using to go sideways in.

Buying this car was a natural step for him, seeing that he was already dismantling other JZX90s and JZX100s as a part-sales business. This would provide him with additional spares, which could prove life-saving when going to another country for a drift event. He bought the car for a pretty good price, but it did require some cleaning up and rebuilding. Together with his team, they developed several parts for this vehicle, including the lightweight Lexan windows and the G-Force mounts.Passion. Purpose. Progress
I asked him what the plan is for the Nissan, and he noted that "the PS13 is a relatively complete package and I do not want to swap out the engine. So I will leave it at the current power levels, which means it will be a backup car for now." So far, he has only drifted the JZX at the Hocken Meihan event in Germany and Anneau du Rhin in France. It's already proving easier to connect the corners and to achieve a bigger drifting angle than it was in the Nissan.

Talking about the Chaser, Tobias had one clear goal from the beginning: to make the car as bulletproof as possible. There's nothing worse than traveling long distances only to have something on your car fail, effectively taking you out of the race. So reliability was important from day one, which makes sense, seeing as this is a Toyota.

The 1JZ-VVTi engine is relatively stock, and he opted for a small Borg Warner EFR turbo, which would ensure a fast spool, providing excellent throttle response at all times. One of the most interesting upgrades on this car is the G-Force transmission, which I can attest is pretty much bulletproof, no matter how hard you abuse it. With this car having a double-wishbone front suspension, it also means alignment changes are easier done than with a McPherson setup.The future is now!
As we live in a modern age, nobody wants dozens of gauges inside the cabin, so an Ecumaster ECU and dashboard were fitted so that Tobias can monitor every single important parameter during the race. As drifting requires short bursts of power but at intense levels, efficient cooling was one of the main priorities. That is why the intercooler, radiator, and oil cooler were all upgraded with larger units.

At this moment in time, the engine is pushing around 500 horsepower to the rear wheels, and the car's weight is down to 1,300 kg, whereas a stock Chaser was rated at about 3,200 lbs (1,450 kg). Tobias did mention that his goal was to lose at least another 220 lbs (100 kg), but that might prove to be difficult and expensive at the same time. The car's interior has already been stripped down to the bare essentials.

With any luck, this VIP Chaser is going to partake in its first competition sometime this year. While you might think it's going to have a rough time keeping up with cars that have almost double the power, Tobias should be able to do a good job in it, seeing that most of the times, 500+ horsepower is all you need if you know what you're doing.Decide. Commit. Succeed
The video of the car was shot at Anneau du Rhin, a track that Tobias frequently drives on, and where I've also had the chance to ride shotgun with him in the Nissan. As big as it may be, the Chaser does look quite gracious going sideways, and the exhaust note from the 1JZ is enough to have you browsing the classifieds right away. These days, you can expect to pay anywhere between $10,000 to $50,000 for one of these vehicles, depending on how extensively modified it is.

As most of you might be wondering, I also asked Tobias about maintenance costs on this thing, as this might be something to look into before buying a JZX100. Although I was sure it wasn't going to be nearly as expensive as with an RX-7, I still popped the question, and the answer was that "it's hard to tell how big the maintenance costs will be at this point since I did not do a season in it."

In a head-to-head comparison with the Nissan, the situation is bound to be different. "The gearbox is much stronger than that in the PS13 and I don't expect it to break down on me. I think running costs shouldn't be much different besides tires. As the Chaser has more power, it will burn through tires a lot faster, plus cheaper tires will not work with this car," he noted. 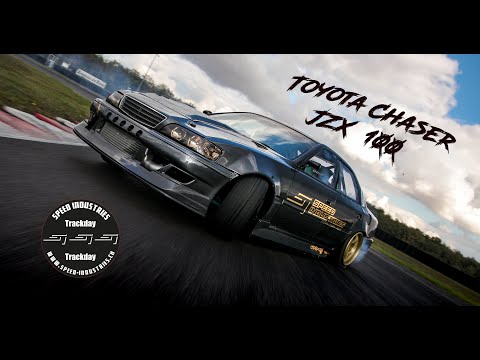