5 After Putting a V8 in a Tesla, Rich Benoit Wants to Give a Corvette Electric Motors
Up Next

1993 Honda City EV Conversion Paid for Itself, Was Built by a Granny

Sebastian Toma
A 63-year-old grandmother from New Zealand is the proud owner of a bold EV conversion based on a 1993 Honda City. Instead of buying it from someone who built it, the hero of this story handled the conversion herself with a couple of friends, and the total cost of it was NZD 24,000, which is about $15,000 at today's exchange rates.
6 photos

If you are somehow not impressed with this conversion, it would be a good idea to sit down, as it gets better. The Honda City was acquired many years ago from a local junkyard, and Rosemary took out the engine and transmission herself. With the right tools, as well as a bit of knowledge and caution, it can be done with minimal assistance.

It all started about six years ago, in Dunedin, in New Zealand's North East Valley. Penwarten had just set up a cooperative workspace, and several people opened small businesses in that spot.

One of them is James Hardisty, the owner of EV-lution, which is a business that converts conventional vehicles to electric drive. So far, he has converted or helped convert over 15 vehicles.

Since this was a DIY job, it meant that the conversion did not go from zero to hero, like you may see on TV shows or YouTube builds. Instead, the vehicle spent about two years in the workshop, and Rosemary worked on it with her partner. She estimates that it took them about eight months of solid work to complete the conversion, and their new friends at the workshop helped them make it fully operational.

Ever since 2019, Rosemary's electric Honda City, nicknamed Frida, has been operational, and the owner was already living off-grid after installing a solar panel array on her home many years ago. The vehicle is also charged using solar panels, which makes the conversion truly next level in terms of sustainability.

Rosemary points out that she is thankful to oil companies that her environmental group has been opposing for years because her project would not have had such a motivation if fuel was not as expensive as it is, Stuff noted.

According to the 63-year-old granny from New Zealand, her monthly fuel bill used to be around NZD 100 (ca. $65). With that in mind, she feels that the vehicle has already paid for itself. If you do not factor in labor, you will find that the costs of the conversion were offset in 24 months' worth of fuel bills, which means that the vehicle is a year away from paying for itself twice.

The EV conversion involves 56 battery packs in the back and 24 in the front, which the owner said was comparable to the first-gen Nissan Leaf. The resulting range comes in at 120 kilometers (about 74.56 mi) with a full charge, which is not exceptional, but not terrible either. If you factor in that it already paid for itself, the vehicle is impressive. We managed to find a story of it while it was just a project car. 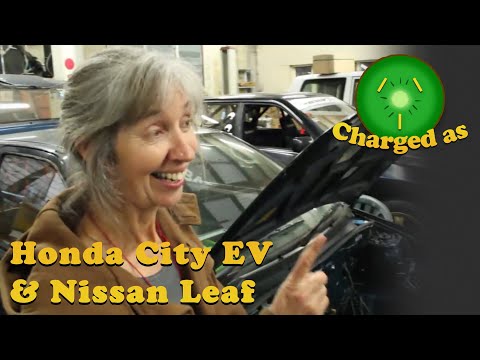