Anyone who is even slightly passionate about cars will always be looking for a way to get more horsepower. Some will prefer superchargers, while others would rather use turbos. Of course, some would choose a naturally aspirated engine any day of the week. But the thirst for more power seems to always be lurking about.
17 photos

Looking at the 1991 Chevrolet Camaro, the most powerful engine on offer was a 5.7-liter V8. With 245 horsepower and 345 lb-ft (468 Nm) of torque, it doesn't feel that impressive by today's standards. These days, even the 4-cylinder Camaro has more power than that, albeit less torque. So it made perfect sense for the owner of this Dark Red Metallic 1991 model to decide it was time for an upgrade.

This Camaro was custom-built back in 2014, and believe it or not, and it has only been driven for about 500 miles (804 km) since. I guess that's how you keep a car in such good shape after so many years. Even so, time takes its toll one way or another. So when the current owner bought the car not long ago, he decided to go the extra mile and have everything running as it should. With that in mind, he spent an extra $9,169 more to get the job done.

Popping the hood will lead to quite an impressive sight. There's a 5.3-liter V8 under there, and it's not naturally aspirated anymore. Twin 58mm Garrett turbos have been brought into play alongside a selection of upgrades. According to the dyno, the future owner will enjoy a total of 557 hp to the rear wheels. The seller calculated that it should be about 650 hp at the crank.

A brand new Camaro ZL1 is also rated for 650 horsepower, but it should also be about 300 lbs (136 kg) heavier than the '91 model. Mathematically speaking, this twin-turbo Camaro should be capable of keeping up with the newer model. These figures were obtained at less than 14.5 psi (1 bar) of boost, so who knows what would happen if you went further than that.

The car is located in Seekonk, Massachusetts. In less than two hours since it was listed, there have been four bids in total. The highest one stands at $7,000, and I feel that anything less than $50K should be considered a bargain. 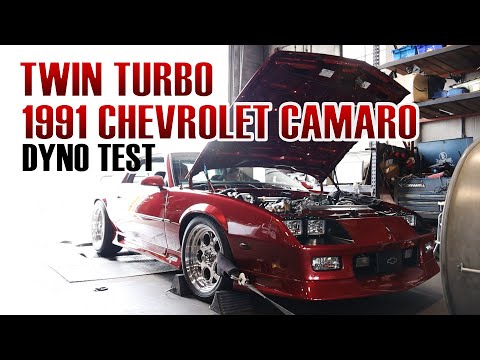 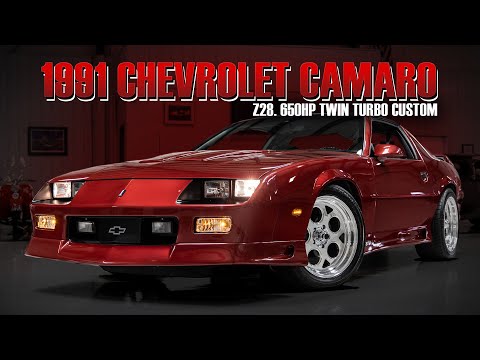