3 Porsche Design to Auction Off Its Celebratory Porsche 911 S 2.4 Targa

5 Porsche Curates 911 Art Car Based on a 964 Model, This Is Its Story
Car video reviews:
Up Next

Porsche has continued to organize its Classic Restoration Challenge, which is a competition that takes place during the Sports Car Together Fest. The latter is organized by Porsche Cars North America, and this year's edition was held at the Indianapolis Motor Speedway during the same weekend as the Porsche Cup race took place.
10 photos

Unlike the race, this competition involved several teams that have restored classic Porsche models. The judges checked numerous parameters, as well as the result, instead of just the vehicle's lap times, as was the case with the race. Fans in attendance were also able to vote for their favorite restoration, so it was not all an internal affair for the American branch of the German marque.

This year's edition had three finalists selected for the showdown in Indianapolis. A 1982 Porsche 911 SC Type 930 represented Porsche Palm Springs, a 1996 911 Carrera 4S Type 993 represented Porsche Exchange, while Champion Porsche was represented by a 1989 911 Turbo Type 930. The latter won the competition.

The folks over at Champion Porsche, who entered the contest for the first time, have noted that “they gave it their all – and then some,” through every step of the restoration process. It was part of their due diligence to check the restoration of the prior year and note the best steps for their project this year.

As a result, the 1989 Porsche 911 Turbo (Type 930) was treated to a full factory-spec restoration. The latter involved dismantling it to its bare chassis and then replacing every part with a new genuine one from Porsche Classic, or restoring it to like-new condition.

The process required several months, but it was easier for the team to do it than it would have been for the average enthusiast, since they were a part of the Porsche network. So there was no faster way of sourcing parts, information, or anything the team might need to complete the work.

The final judging was conducted by many PCNA managers, including the Executive Vice President. Before this phase, each vehicle had been judged by Porsche Classic and PCNA area managers and experts before it had a shot of reaching the final.

Finding the right materials for upholstery or getting the smallest stickers in the right places becomes something that is then appreciated by discerning viewers. 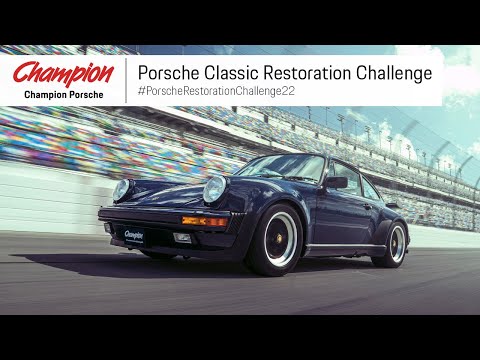