1 A Fireblade Born of Fire

4 Tata Nano to Burn No More

5 Another Tata Nano Goes Up In Flames
Coverstory 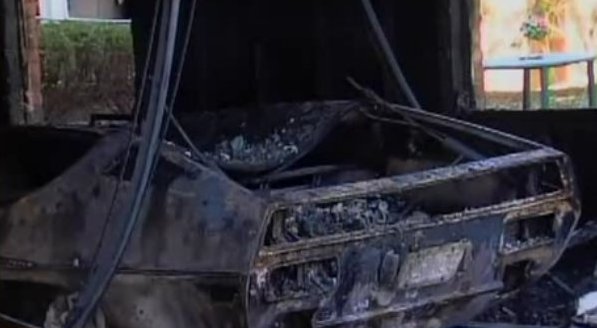 Having a vintage vehicle burn up in front of your eyes is sad enough, but having the fire that engulfed the car burn through quite a valuable real estate is even sadder. Regardless, this is exactly what happened to a 51-year-old man from Bloomfield Township.

Last Friday, the man in question was in the garage of the home he had just sold to a new owner. He was there to pick up his 1974 Lamborghini Espada, just one of his belongings he had no time to clear from the house.

According to wxyz.com, the cause of the fire has not yet been determined. The firefighters called to the scene were able to determine that, while the man was inside the garage and attempting to start the vehicle, an explosion occurred.

The fire that followed completely destroyed the vintage Lamborghini, but that was unfortunately not all it did. The fire took out the entire first level of the house, while the second level presents serious smoke damage.

Luckily, the man who, intentionally or not, started all this managed to escape with his life. So did his mother and dog, who were also in the house.

As for the new owner of the house, there's no telling what goes through his mind right now. The price he paid for the property was not disclosed. None of the people involved in the drama (the owner of the Lambo and the new owner of what once was a house) comment on the situation. More in the video below.