2 Wow, There Are a Lot of Lamborghini Miuras at the 50th Anniversary Gathering!

When looking at a car, what you see is pretty much what you get. The one doing the looking instinctively knows what it is made of: a body, an engine, wheels, wiring, discs, and so on. What very few really comprehend is exactly how many parts actually go into making a vehicle.
8 photos

As per a Toyota study, there are around 30,000 parts that need to fit together just perfectly to make a car run and look as it does. That number probably varies greatly, depending on the car and carmaker.

Wouldn’t it be nice to have the chance of seeing all these parts separately, in one place, just before they join each other into creating someone’s dream car? Seeing where everything is supposed to go, every nut and bolt looking for its place, with no map to guide them?

Fabian Oefner is a Swiss artist who likes to shoot various objects in an unlikely manner. In the case of cars, he takes them apart, photographs every piece of it separately and then joins them together in stunning looking photographs.

He calls his project the Disintegrating series.

Oefner says that up until recently, all the photos in the series were the result of a good camera, a quiet photo studio and a bunch of scale models of the target cars.

In the case of his latest project, the Disintegrating Lamborghini Miura, he used a real car, with real parts, and Lambo's real workshops.

Courtesy of a collector who was having his Miura taken apart and restored, Oefner got a chance to have his way with every part of the car, taking 1,500 photographs of its components.

He then combined them in the usual manner, and what resulted can be seen in the gallery above.

And it wasn’t easy. The Swiss says on his website the reconstruction of the Miura took about two years. 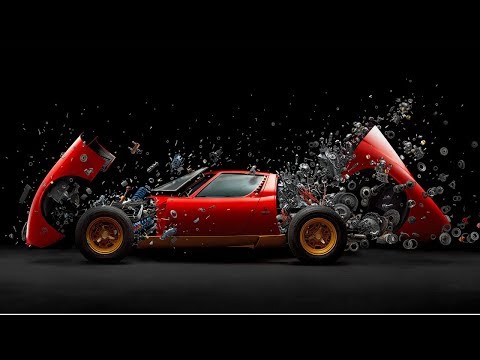