3 RENNtech CL65 Is the Fastest Mercedes Benz Once Again 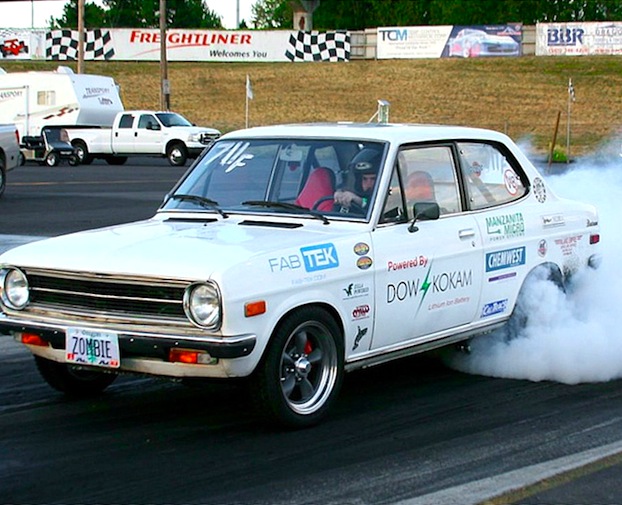 When talking about Datsun, most would be tempted to think about an old beat up car which drags itself on the asphalt, especially when the car is a 1972 model. But the car we are referring to demands respect. Despite the fact that it has a venerable age, the Datsun 1200 had become the world’s fastest accelerating electric car, being able to go from 0-60 in just 1.8 seconds. Meanwhile, other super cars like the Bugatti Veyron are eating their hearts out when seeing the old nimble car getting around so fast.

It is not only the fastest car but it is also electric. Dubbed the fastest electric-run car on the planet, the Datsun is nicknamed the White Zombie mostly because it could use some refreshments. Aside its beat up looks it has managed to out run its Italian designed younger rivals. The two-door coupe sports a dual-armature 9” series-wound electric motor that was especially built for Wayland.

The furious Datsun gets its muscle from 192 lithium-polymer cells totaling to 355 Volts and 22.7 kWh of energy. The car has a 90-mile range and it is even street legal. With over 500-plus horses the Zombie manages a quarter-mile in ten seconds. “I got the idea many, many years ago as a child while choking on big city air pollution and playing with battery-powered toy cars,” John Wayland owner of the White Zombie, was quoted as saying by Discovery.

Wayland has been fortunate enough to receive major sponsorship. We’d like to mention that the batteries are very expensive. They are a prototype designed mainly for Navy helicopters and come with a price tag of about $100,000. ”If they were put into production, the Zombie’s battery pack would cost closer to $25K,” John Wayland the aforementioned source cites.