Bogdan Popa
If you’re in the market for a 1972 Alfa Romeo 2000 GTV, you probably know that these Italian beauties aren’t necessarily easy to find.
23 photos

And it’s all because Alfa Romeo hasn’t produced too many of them, with the official figures indicating that less than 37,500 units have been manufactured between 1971 and 1976.

And yet, here’s one 2000 GTV that comes in a surprisingly good shape, which is mostly the result of the car being parked in 1991 and sitting ever since.

The owner of the Alfa, who is now selling it on eBay, says this is actually a barn find, but thanks to the vehicle being stored inside, there are only small signs of rust here and there.

“I have not cleaned anything up,” the owner says, which means that you’ll find this Alfa Romeo in the same condition it was when the man found it in the barn.

The good news is that the odometer indicates quite a low mileage, as the Alfa has only 9,874 miles (that’s less than 16,000 km) on the clock. The bad news is that the engine doesn’t start, but with the right fixes, it should be ready to go.

The Italian carmaker equipped the 2000 GTV with a 2.0-liter engine developing 130 horsepower, and the same unit appears to be installed on this barn find too, so no changes have been made under the hood, which is good news for anyone who wants to keep everything original.

The interior of the car looks like it needs some improvements, including some serious upholstery work, and some parts are believed to be missing, such the shifter knob.

However, this Alfa could be a great project car, especially because it’s really affordable. The owner expects to get $7,700 for it, but keep in mind that the car doesn’t run, so you’ll also need to pay for towing. 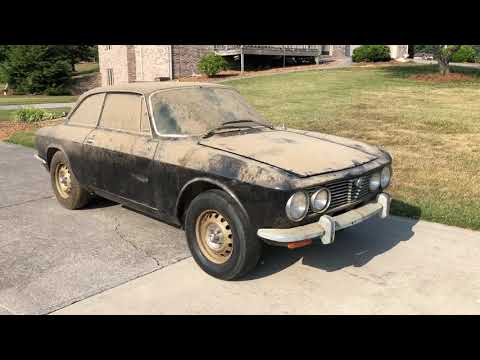