3 Dodge Charger "HEMI Skull" Has a Hood Scoop for Days, Procharger Too

Bogdan Popa
Barn finds are typically the first step for a new restoration project, but in some cases, the abandoned cars that these lucky people come across in the middle of nowhere might actually be impossible to save.
10 photos

This could be the case of this 1971 Dodge Charger that was discovered in the middle of a forest, as YouTuber DeezysSpeedShop himself explains in a video (embedded below).

The ‘71 Charger is obviously full of rust, yet surprisingly, it still has the original steering wheel and some of wheels. The interior is quite a mess, of course, and the front seats are no longer there, so if anyone does decide to bring this car back to life, there’s a lot of work to do this time.

If anything, this abandoned Charger can be used for saving other Chargers, as some of the parts still look in good condition. The rear bumper, for instance, could be restored for another model, and so could the taillights and some interior parts.

There’s no word on the engine, but given this Charger has most likely been abandoned for a while, there’s a good chance it’s no longer there. And of course, somebody else might have found the car first and took the engine for another restoration project.

Finding an engine for the ‘71 Charger, however, shouldn’t necessarily be something that’s impossible, and it goes without saying that most people trying to save such a model most often go for the V8 unit.

In terms of engines, the ‘71 Charger brought important changes to the entire series. For example, it was the last to feature the 440 Six Pack engine (offered as optional alongside the 426 Hemi). Dodge launched six different Chargers that year, namely the base model and the hardtop, the 500, SE, R/T, and the Super Bee. 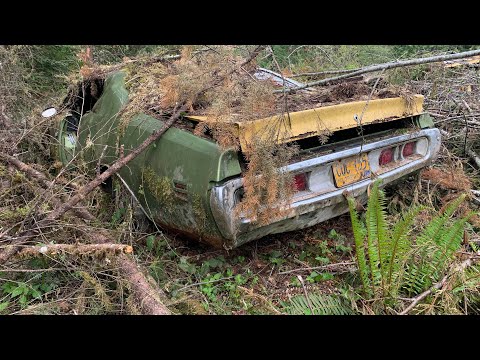