1 1974 Dodge Charger Was Born as a 6-Cylinder, Hides a Big Surprise Under the Hood

What type of car would you buy with just under $300,000? Would it be the ultra-aerodynamic McLaren 720S, the glorious Ferrari F8 Tributo, or perhaps a fully-loaded Bentley Continental GT? How about none of the above. In fact, you might want to get on eBay and feast your eyes on this amazing second-generation Dodge Charger restomod.
24 photos

This is a late second-gen model, featuring a redesigned grille (no longer divided in the middle) and multiple other neat touches, like the ignition being moved from the dash to the steering column during that model year. Not that it matters all that much how the car looked before it was restomodded.

Anyway, according to its eBay ad, the custom work was done by MirandaBuilt in March of 2015, resulting in a first-place finish at Detroit Autorama that very same year. The bodywork is absolutely gorgeous, really sleek and clean, and that Charcoal colorway suits the car perfectly.

The car is currently located in Tokyo, Japan, and the seller claims that it has been “upgraded with Japan quality,” whatever that means. You can, of course, have it shipped to the United States, although you’ll have to factor that into the overall cost, on top of the $298,000 asking price.

Performance-wise, as long as it can put all that power down efficiently, it should be able to kick serious behind on the drag strip, although we certainly wouldn’t subject such a beautiful machine to that type of strenuous activity. 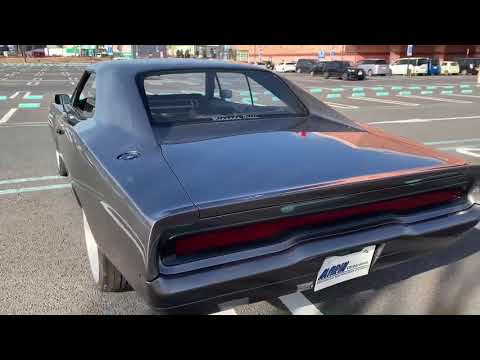