1969 Chevy Corvette 427 Was Hidden for 15 Years, Its Cool Stories Are Remembered

Check out the gallery embedded below, and you’ll see a nice lady standing beside a dusty Corvette coupe. It’s the same Chevy looking as pristine as it gets in the rest of the hero shots, and the duo made up a family alongside the car’s original owner some years ago. Just in case you want to know all about their story, be sure to spend another two minutes watching the video testimonial at the end of the article. It’s well worth the effort.
20 photos

Some vehicles just have cool background stories attached to them. As such, they’re not just soulless pieces of metal, rubber, and glass. And this matching-numbers 1969 Chevy Corvette 427ci L36 four-speed is certainly one of them. It doesn’t matter the seller going by the eBay username ca_guy is (apparently) just trying to flip the vehicle for a profit.

We are dealing here with a no-reserve auction, so this will ultimately end up in the hands of someone who hopefully appreciates the intrinsic value of its life story. But let’s get on with the details about the vehicle. The cool stuff about what happened with it over the years is best described by the eye-witness account.

So, we are dealing here with a 1969 Corvette that was acquired when new by the original owner from Harry Mann Chevrolet in Los Angeles, one of the biggest dealers of Corvettes at the time. It was lovingly nurtured, garaged, and upgraded until the owner passed away, at which point it was left “forgotten by many” for some 15 years.

Now it's owned by this seller, who at least had the common sense to refresh its dusty appearance and bring it back to life once more, allegedly “to be enjoyed by many.” We dig the enjoyment part. The ‘Vette has a 427ci Big Block Chevy V8 engine under the hood. It’s of the L36, not the famous L88 variety, but it was still capable of churning out 390 horsepower off the factory floor.

The matching-numbers mill is mated to a four-speed transmission and the Cortez Silver paintjob (originally this was a Riverside Gold example) bodes well alongside the rest of the highlights. Such as the U.S. Mags wheels, side exhaust with headers, custom valve covers, or the “100% bone stock and original” interior. So, do we need to wonder why the highest bid has already gone up to over $26k? 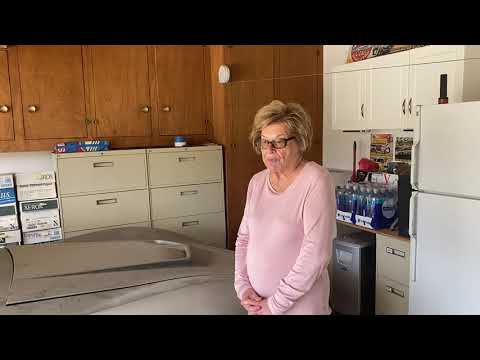